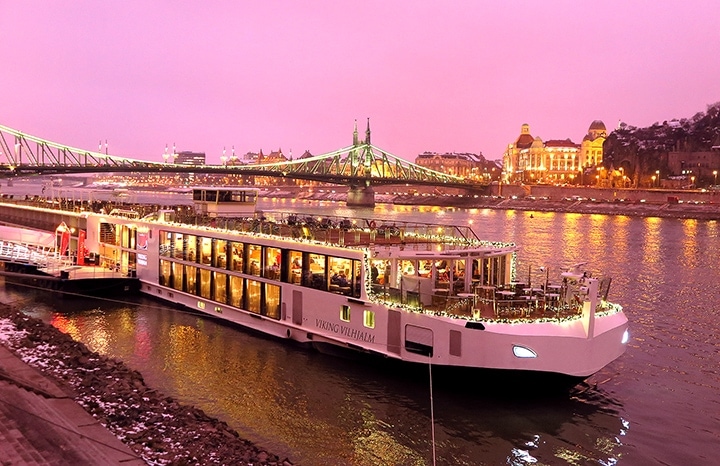 Once in a cruisers life, they must take a Viking cruise. There are all sorts of cursing options and Viking has all the most popular worldwide destinations covered. Choices start between river and ocean itineraries and the lists explodes from there. Viking covers six continents and will soon have cruises that go to Antarctica on their new expedition ships (read Viking’s Expedition Ships on page 39) Being a leader with the most river boats, they cover most of the major rivers and as rumour has it, they will be soon be sailing the Mississippi. If it’s Viking then you would believe it will be another masterpiece ship and itinerary.

There is a good reason why Viking has rapidly expanded their offerings, won countless prestige awards and have seen their fleet swell from their humble beginning some short years ago. They are simply the best at taking care of their clients. These very same clients have become regulars returning again and again. Some even book their next cruise while barely finishing the one they are on.

As for price and value, as the saying goes ‘the proof is in the pudding’. There are lots of discounts being given by competitors but as usual, ‘you get what you pay for’. With Viking, they go far beyond that. Every detail of one’s trip is planned from the time they leave home to the return. Viking has their own in-house travel agents that work out the best routes and connections and often have special fare rates from their partner airlines. From the traveler’s flight, to an airport transfer to the ship, to easy and quick check-in, arriving at your stateroom is seamless and all so easy that your luggage is already there.

Comparing all-inclusive cruises on the market, Viking cruises include excursions at every port of call with professional guides and fantastic itineraries that include the best things to see and do in that location. Also included are all three meals a day, wine and beer at lunch and supper. It is important to mention, one will never starve on a Viking cruise, quite the opposite, one has to refrain as the meals are varied and delicious. There are also special meals that reflect the gastronomy of the region and fabulously prepared and presented.

All this and we must mention the superb Viking ships and having traveled on both river and ocean vessels they are, simply put, magnificent. Everything on these beauties is perfect! Pleasing Nordic design, attractive décor, relaxing lines and colors gives the feeling of tranquility. Above all else, everything is simplified, no fussing with cabin temperature controls, TV remote controls, safes, washroom faucets or cabin doors.

And a very Merry Christmas as once again my wife and I are on a magnificent Viking cruise. This would be our fifth with Viking, this one during the period leading up to the holiday season. Although the Romantic Waltz cruise from Budapest to Passau was not holiday themed, per say, it sure brought us to the most stunning European Christmas markets. Seven glorious days of exploring the best of on the Danube that would bring us to five different countries, languages and cultures. Sunrise to sunset (and beyond) our itinerary was packed with fun and exploration. We could have opted for rest and relaxation, staying on board to enjoy the beautiful ship and its public spaces and amenities but exhilarated by the surroundings, we would explore the wonderful cities, towns and markets all along the way.

In Budapest we would be in awe, after all, this was our first central European Christmas market. Yes, we do have them at home but in this region, the markets are infinitely bigger and much better. Our Viking longship, the Vilhjalm, would dock in the heart of the city giving us amazing 360 degree views of the best of central Budapest. On our arrival, we would waste no time and with luggage in cabin, we would bolt out the door and explore the charming quiet streets and the bustling and popular night markets. All our senses where on high as would smell the wonderfully prepared foods in stalls, traditional warm spiced wines and the cinnamon that was in every corner of the two biggest markets.

The following day, we would take something typically Hungarian and something some of the locals participate in daily. That would be going to the baths. On my fourth trip here to Budapest, it was finally time to get this once in a lifetime experience. We would opt for one of Vikings optional tours of the baths. The trip there and back was effortless. With a Viking prepared bag filled with the necessities like a fluffy towel, we would depart on our private luxury coach with other Viking guests and drove straight to the bath building, all the while we had a professional guide taking about her beloved city and the history of the iconic baths.

This was already becoming a highlight of our trip. Barely there, I felt an easy going feeling as our coach navigated the small and dimly lit narrow streets. In a city full of bath houses, Viking’s choice was one of the best. The St. Lukacs bath building was big and grand in structure and once inside you could get lost in the many halls, passages and stairways. The baths themselves date back to the 12th century when it was the favourite of the Turkish grand Vizier. Today, they have three large outdoor pools, several indoor pools (all at varying temperatures) and many fountains and saunas. Two hours were spent in bliss relaxing and enjoying the thermal effects of the warm, natural spring waters.

Cruising up the Danube

On our seven-day cruise we would visit the small but lively Slovak capital of Bratislava where, on a Friday night, the town square swelled with happy locals singing, laughing and dancing the night away. The wonderful grand city of Vienna was at her holiday best, just about every centrally located street and square was brilliantly lit up with colorful lights and the many markets had a festive feel to them. A break from the big cities was found in the charming village of Krems and a nearby monastery, where we would be in the fresh country air and enjoy quiet reflection in the richly decorated Gottweig Abby. What followGottweig Abbyed was a breathtaking cruise through the Wachu valley: vineyards, castles and small villages dotted the landscape and locals waved as we slowly navigated the Danube. Although our time was limited in the historic city of Linz, we would still find time to stroll the main boulevard and see how the locals finished their day with food and wine in the main square.

A short drive away, we were in the beautiful medieval town of Cesky Krumlov, Czechia, here we would visit one of the best-kept old villages I had ever seen. Lastly, we would finish this cruise in the lovely town of Passau, Germany, this would be a return visit for us here. As the last one was in the height of summer, this time around, the masses where gone and we felt like we were one of the locals.

Yes, life was good! The Danube River is one of the best rivers worldwide for traveling to on and cruising on. The best part was the Viking experience, so perfect in so many ways, it was another ‘Very Viking Cruise!’. 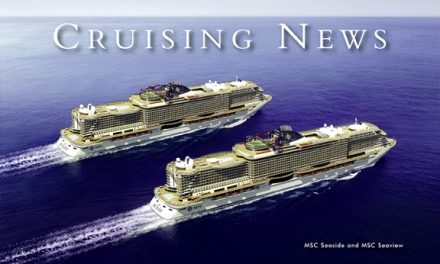 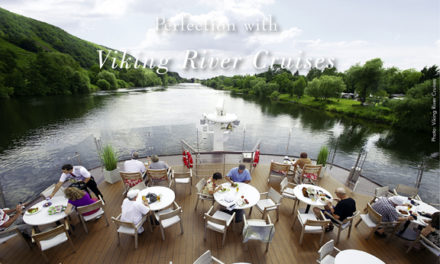 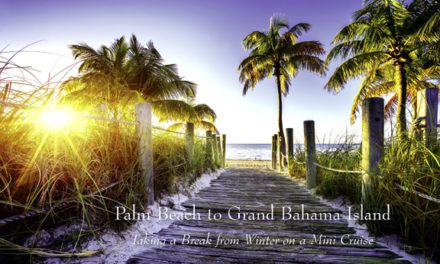 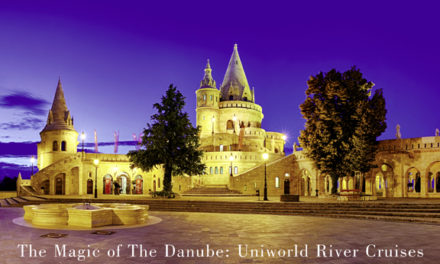