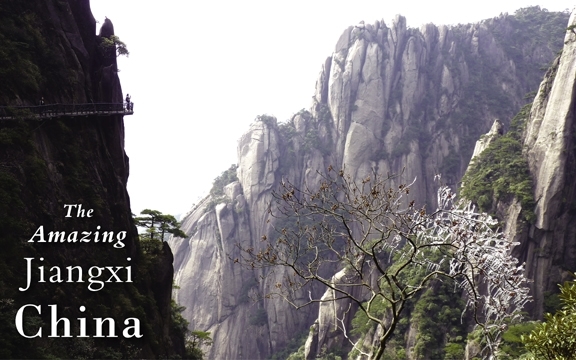 Located in the southeast of China, Jiangxi province spans the banks of the Yangtze river in the north into hillier areas in the south. For the world traveller, this is a perfect place to visit in China, as most foreigners in China visit other, better known provinces. During our visit, this ‘road less travelled’ offered us less of the crowds that are found in the other popular Chinese destinations.

Located to the northeast of Shangrao City, Mount Sanqingshan was added to UNESCO’s World Heritage List on July 6th, 2008. Considered a “treasure of the world”, this would prove to be an amazing place to visit on our first day.

The views from the top of the mountain are breathtaking, but to experience them, the trip up the mountain is long, but not overwhelming.

We had to take a gondola to get part of the way up, a ride that provided lovely panoramic views, and that was followed by hours of climbing.

Even though the hiking was on paved steps and paths, and was easy for just about anyone to accomplish, the long walk made our thighs burn with effort and pain. Luckily, we had lunch at a wonderful restaurant. Here we were treated to a spicy douchi (fermented black beans) and tofu (beancurd) stir fry which offered us a delicious and relaxing break from the first trail we did, and gave us energy for the second longer, though less demanding, trail that afternoon.

All around was pure nature, a good thing since China is so populated and land is so over used. An amazing place and great photo ops all round!

We spent an entire day exploring the Mount San Qing Shan National Park. Marked by the concentration of fantastically shaped pillars and peaks – 48 granite peaks and 89 granite pillars, many of which resemble human or animal silhouettes – the magnificence of this most unique park makes it a must visit for any serious traveler!

The natural beauty of the almost 2 kilometer-high Mount Huaiyu is further enhanced by the combination of granite features with the vegetation and the particular meteorological conditions which make for an ever-changing and impressive landscape.

Famous as a cultural and ecological tourist county, Wu Yuan County has several nicknames, including “the Hometown of Books”, “the Hometown of Tea”, and even “the most picturesque village of China”! Many routes are available for travellers to explore.

Eastward are some attractive and protected ancient villages of the Ming and Qing Dynasties placed among a lovely pastoral landscape.

Covered with forests, the northern route features Dazhang Mountain and the Wolong Valley, scenic and tourist friendly. The valley is home to over 4,000 different species and also houses more than 150 highly endangered giant pandas

The west route contains an ecologically protected area and is one of the largest wild mandarin duck habitats in the world. We had great timing, as the rapeseed plants were in full bloom and would prove to be another highlight of this trip.

Endless fields of amazing yellow coloured flowers, which, on a sunny day, were an incredible site that made me want to sit there all day and soak in the beauty. It was yet another great photo back drop.

Right in the middle of this part of the province was the small, ancient village of Yan, where time stands still and the locals are warm and welcoming. Picture-perfect, it offers visitors a glimpse of rural china. We walked through small alleyways and saw the locals going about their day. Some were cleaning, others preparing meals and enjoying the quiet life. A moment of peace and tranquility for a busy traveller!

Wangkou Village is surrounded by rivers and mountains on three sides, and features ancient residences that have stood for more than 1,000 years. Within its borders are the famous ancient Yu Family Ancestral Hall, and many other attractive scenic spots like Yijing Hall and Maode Hall which are essential parts of this village.

We again got lucky, as we witnessed a wedding with our guide who explained the proceedings. The ancestral temple serves a major symbolic function and during the wedding rites, the bride and groom worship at the groom’s ancestral shrine, bowing 4 times. The first is for Heaven and Earth, second bow for the ancestors, a third bow to parents and the fourth bow to their new spouse.

In ancient times, this village was an important trading post where thousands of merchants would share their treasures. The village is careful to preserve this history, and when you visit the village, you can sense the ages through the ancient halls, merchants’ residences and bookstores that fill the streets.

One memorable trip was a tour of the Gu Yan Factory (an ancient kiln) in Jingdezhen, where they have been making ‘China’ (ceramics) for centuries, still crafted today as it was hundreds of years ago. The factory is a very popular place, and it was interesting to watch the workers at different stations crafting such artistic items, from the raw clay to the finished painted pieces, glazing and firing. Everything from plates to elaborate vases are made and offered for sale here.

Many westerners have come to the factory to find out how they were so good at porcelain, and later brought these techniques to Europe to start new industries there. Also known as the “World Capital of Porcelaine”, this large complex contains many buildings in a natural setting. Near the end of the tour, we were treated to a music show were all the instruments were made of ceramics – bells, flutes, violins…astounding and unique to say the least!

To end this wonderful day we visited the Ceramics Museum housed in a brand new modern building. There were priceless pieces that dated back centuries from the Dynasty emperors themselves!

Another fine day, another majestic area. The Poyang National Wetland Park contains Poyang Lake, the largest freshwater lake in China, as well as Poyang Lake wetland, which is the largest wetland in Asia, and serves as a breeding ground for over 50 kinds of rare birds. We were treated to a boat tour of the massive park and got to see white cranes and swans and an enormous diversity of plants and other animals. In 2011, it became one of China’s first state-level wetland parks and is a clear example of China’s fishing and farming lake culture.

After that, we switched gear and visited Nanchang, the capital city. Some estimates state that this area was populated as much as 50,000 years ago!

There is so much to do in this massive city of 5 million, including the Star of Nanchang, which was the world’s tallest Ferris wheel from 2006-2008, Tengwang Pavilion, a towering pavilion dating back to the year 653 (one of “the Four Great Towers of China”), the People’s Park ( the largest park in downtown Nanchang), Bayi Square and Memorial, commemorates the 1927 uprising, which led to the formation of modern China in 1949.

Our visit also included the Sheng Jin Tower, a major attraction here. The building has been built and rebuilt many times, as fire had destroyed previous builds. This multi-level pagoda right by the river offers a lesson in Chinese history, a good walk and an amazing view!

In contrast to all these landmarks was the ultra-modern mall with many upscale brand name designer shops in side –not expected at all, and quite amazing in itself!

All the way through this trip we had fabulous meals with choices for many different vegetarian and meat plates and always eaten around traditional round tables where there is no head to the table. 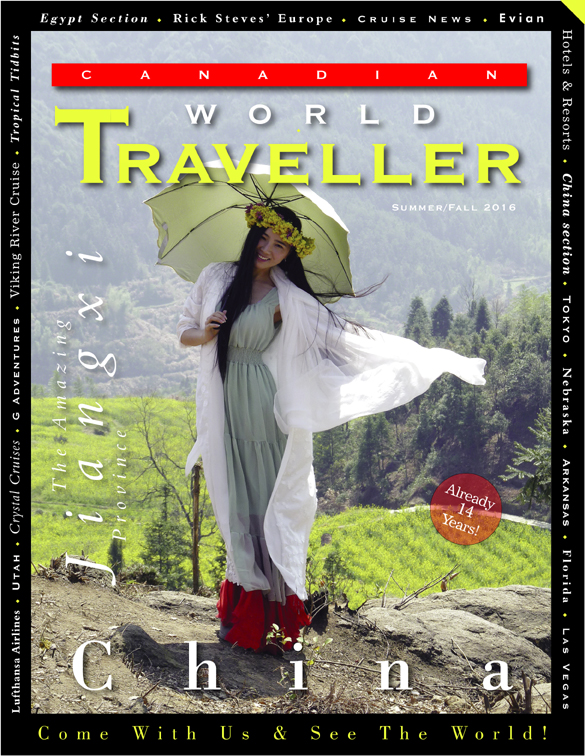 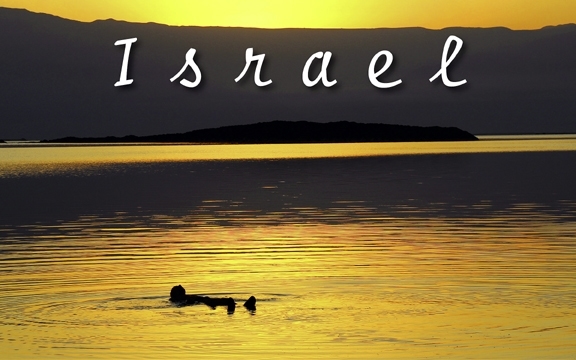 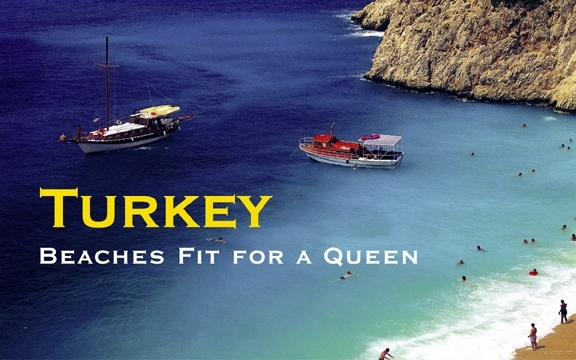 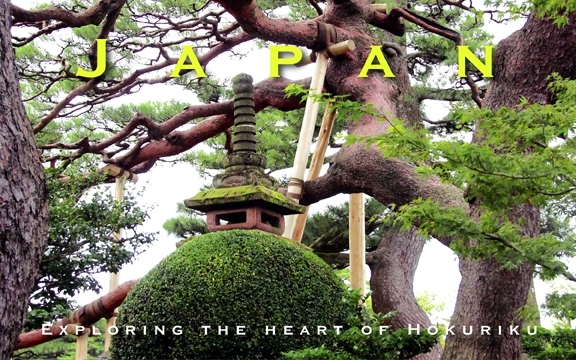 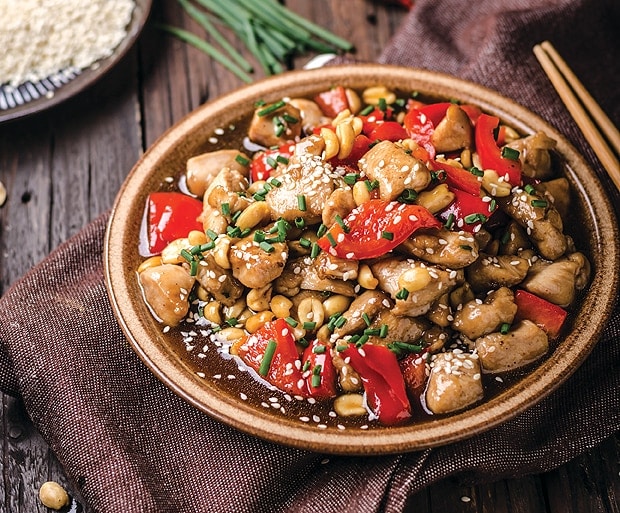