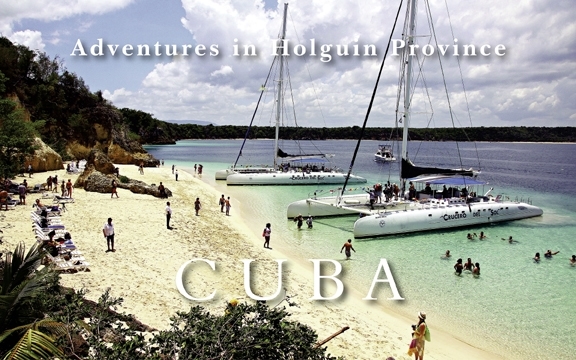 Christopher Columbus slept here! Holguin Province in Cuba’s southeast has three sites that claim to be the place where Admiral Christopher Columbus landed his three ships; the Nina, the Pinta and the Santa Maria. In Guardalavaca, there is a statue of Columbus by the ocean. In Gibara, tour guides tell the tale of the three ships being stranded in a storm and forced to settle in that area for a number of weeks.

But in Cayo Bariay, archeological evidence combined with excerpts from Columbus’ diary about the beaches, the shape of the coastline and an Indian Village, all seem to have convinced historians that this was indeed the place where the expedition landed.

And today at Cayo Bariay there are four sites that pay homage to the arrivals in the New World and their effects on the indigenous Taino people. The first is a recreation of a Spanish fort from 1492 where two soldiers would have lived and safeguarded the area. The second site features a monument known as ‘Punta de Sabaneta’, or ‘Encounter of Two Cultures’, that was built for the 500th anniversary of Columbus’ landing in 1492. A reproduction of European ruins in the shape of the prow of a ship, symbolically heads toward a circle of red earth-colored statues that embody the values and beliefs of the Taino and Guanajatabeyes people, who lived in the area for 10,000 years before Columbus’ arrival. The statues, reminiscent of the Moai on Easter Island, represent community, family, good luck, rain, sun, fire, bad luck, fertility, tobacco and Yaya, the god of gods.

A third site at Cayo Bairya lies under a thatched roof at the edge of a cliff overlooking Holguin’s coast line of sandy beaches, rugged rocks, crashing waves and smooth, calm, ‘bag’ bays (bays that are shaped like an inflated bag with a narrow opening and a wide deep lobe). Columbus is noted for his declaration that the land that would become Cuba was “the most beautiful place human eyes have ever seen” and 525 years later this beauty has not diminished at all.

Here under the thatched roof, there is a strange statue, and a man dressed in the loincloth and paint of one of the Taino people explains its meaning. The circular shape at the top of the statue is a ‘guira’ or gourd (the same type used to make maracas), with irregular-shaped sticks that appear to be falling from the gourd, representing fish. It’s a visual depiction of a myth that relates to Yaya, the god of gods and his son Yayael. By the time Yayael reached his teen years, he became rebellious and disrespectful toward this father. In a fit of rage, Yaya killed his son and placed his body inside a guira. But Yayael’s mother missed her son and wanted to see him again so she decided to pick up the guira and open it. By accident she dropped it and water and fish flowed out and covered the earth. The Taino people were able to sustain themselves on the fish and seafood that lived in the waters, thanks to Yayael. (And when you think about it, travelers today also sustain themselves—in Cuba—in the ocean waters and by relishing fresh seafood and fish!)

The last of the four sites at Cayo Bariya features the actual place that Columbus landed. There’s an archeological display and a recreation of the village that Admiral Columbus found. A short skit depicts the Taino’s reaction to the arrival of the Europeans and then, because this is a tourism spot, a traditional dance with log drumming is performed, before samples of Cuban rum are distributed and photos taken. It’s a fun and educational adventure that’s suitable for the family (except for the rum) and pays tribute to the indigenous people of Cuba.

But in Holguin there are many Eco-parks, National Parks and activities that ‘connect’ the traveler with the destination. And of course what would any day in Cuba be like without singers and guitarists?

At Eco-Park Rocazul, a short distance from Playa Pesquera’s three beach resorts (Playa Pesquera, Playa Costa Verde, and Blau Costa Verde), we were greeted with drinks the colour of the deep blue sky, made with Curacao and Sprite, and then ushered over to the porch of the family farm house to be serenaded by the song ‘Chan Chan’, the unofficial (Buena Vista Social Club) anthem of Cuba. Nearby a very large pig was being roasted on a wooden spit for our lunch. We were told that a pig this size would feed upwards of 80 people and that during the 5 hour roasting process, a marinade of sour orange, garlic and ‘secret’ spices was used to enhance the flavour.

After a short Catamaran cruise on a bag bay lined with mangroves, another musical group greeted us, and once seated at the restaurant, the musicians took song requests (Commandante Che Guevara, Que Sas, Ceilito Lindo, and more) while lunch was served: Fresh salad, traditional rice and beans, grilled Yellow-tail Snapper, Roast Pig, and juicy pineapple and papaya, along with a selection of Chilean Red and White wines as well as beer (Buccanero or Cristal are the popular choices).

The festive meal could only be outdone by an actual Festival and because this was May 3, there happened to be one taking place in Holguin City. Romarías de Mayo, or the Pilgrimages of May, is an annual event celebrating the day in 1790 when the Franciscan Friar, Antonio Joseph Alegría, ascended the steep hill in Holguin City, carrying a large cross. He planted it on the summit, as was the Spanish custom, in order to protect the surrounding lands from epidemics, witchcraft and natural disasters. The hill became known as La Cruz Hillock and a tradition began for people to celebrate in the city and then climb the hill.

On May 3, 2017 for example, the Festival parade was under way when we arrived in in the late afternoon. Crowds were huddled under trees and umbrellas for shade on this sunny, hot day, while others enjoyed the scenery from roof tops and the balconies of nearby buildings. And the parade itself was a cavalcade of color, music, dancing, singing, costumes and flag waving, with Chinese Dragon dancing, baton twirlers, stilt walkers, horse carts festooned with flags and youth groups carrying jumbo-sized Cuban and Revolutionary flags. Every few minutes the procession halted as entertainers took to the main stage and wowed spectators with bouncy Cha Cha and Samba rhythms and sing-a-long local folk songs. It was one smile after another.

Following the Parade, many of the spectators headed to the base of La Cruz Hillock and climbed the 548 steps, some slowly, such as the man balancing the full bottle of dark rum on his head as he ascended the hill (the bottle made it to the top, intact) and some energetically, such as the youth groups who bounded to the summit, carrying the giant flags. And at the top of the hill there was more musical entertainment, enhanced by the lights of Holguin City sparking below, and a million stars twinkling in the sky overhead.

Music comes in all shapes and sizes in Holguin Province, and many visitors find it hard to walk to breakfast at their all-inclusive resort without hearing the songs of the Northern Mockingbird or the Red-legged Thrush, or the whistling of Grackles or the ominous overhead fly-past of Turkey Vultures. One morning after a rainfall, a lounge of Curly-tailed Lizards ran silently through the grasses and perched themselves on a clump of rocks to dry off.

But if you’re looking for more familiar animals and birds, then Cayo Saetia is the place to go. A day excursion is offered by some resorts, where after a 90-minute drive to the town of Antilla, you board a Catamaran for the one-hour ride on the smooth bag bay to the sandy beach at Cayo Saetia to enjoy swimming, snorkeling, horseback riding and jeep safaris. After a fresh, tasty buffet lunch in the restaurant that featured yet another roasted pig, we hopped into one of the jeeps and set out for our adventure.

As the jeep bounced along the red-earth road we saw a large, fluffy ball of feathers, supported by two skinny legs, in the shade up ahead. It turned out to be an Ostrich (!) (not exactly a bird endemic to Cuba). The Ostrich gleefully ran toward the jeep, looking for a handout. Down the road we spotted antelope and deer, a gang of buffalo, a few horses and their foals, some zebra who had been rolling in the red earth (what’s white and black and red all over?), two Jurassic-size Iguanas and a friendly red Macaw. It was another fun adventure.

Holguin Province is in a lot of ways a microcosm of what visitors can expect when they explore Cuba. The emphasis is on the people, history and natural attractions, along with the inescapable opportunity for relaxation, adventure and fun, and even a bit of serendipity thrown in for good measure. 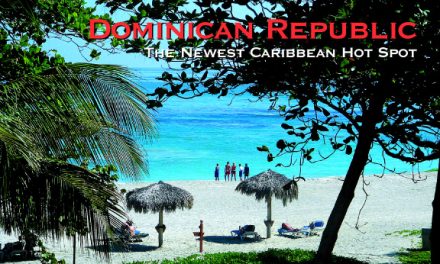 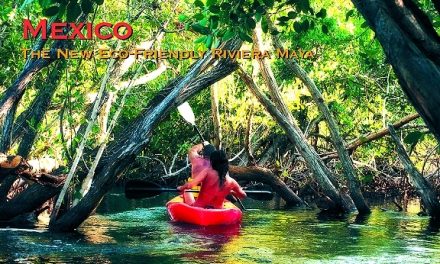 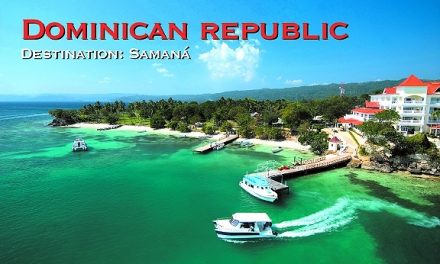 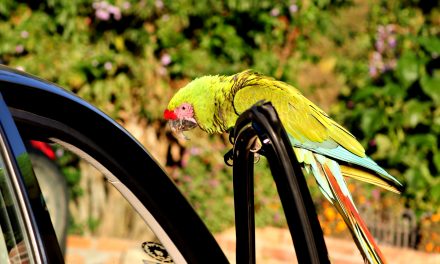