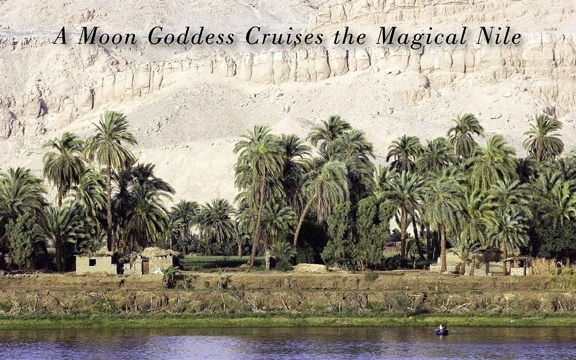 There’s an expression: “Once you drink from the Nile you are destined to return.”

The first organized cruise of this storied river was the brainchild of Thomas Cook. In 1869 Cook introduced luxurious steamers to the Nile sailing wealthy Victorians on a grand tour of Egypt’s ancient kingdoms. It was the “Golden Age of Travel.”

These days, while on board the Sonesta Moon Goddess, a luxe 49-cabin ship, one can rekindle the golden route as a modern day pharaoh. The well-trained crew members are friendly and courteous, while our knowledgeable guide, who is an Egyptologist brought the Ancient Egyptian world of mythology and history to life.

Over four days, we saw the temples of Ancient Egyptian pharaohs and deities from Aswan to Luxor in an unforgettable journey along this Pharaoh alley. Today, Egypt is back and there’s no better time to book the iconic dream cruise than now.

Cairo stirs the soul. The noisy din of traffic blares the second you leave the airport. Dusty back alleys, bright business billboards, and the whirl of people popping up to greet you unexpectedly is a surprising joy.

On the outskirts of town, the city limits encroach the Giza plateau more than ever as local vendors enthusiastically sell their wares. We marvelled at the Great Pyramid of Giza, the oldest and largest of the three pyramids. We rode a camel to view the Great Pyramid’s various vantage points. The weathered sandstone blocks stand as a testament to the engineering marvels of Ancient Egypt.

At the Cairo Museum, eager tour guides seek prospective clients for personal museum tours. Thankfully, our visit was pre-arranged. We enter the sanctum of Egypt’s glorious past, hear stories of King Ramses I and II, push our faces against glass displays to see rare jewelry then turn a corner toward the piece de la resistance: King Tut’s funerary mask. The Boy King achieved rock star status in 1925 after Howard Carter discovered his tomb by accident. Not a soul around, the private viewing alone was worth the trip to Egypt.

Get to this southern cruise port by air (only 1.5 hour) and prepare for the cruise of your dreams. Our tour director settled the logistics, leaving plenty of time for sightseeing. We visited the Unfinished Obelisk in the granite quarries of the pharaohs and saw the Aswan High Dam, another Egyptian engineering marvel albeit modern that controls the flow of the Nile River.

At the Island of Philae, a motorboat whisked us to this storybook temple devoted to Isis, the Goddess of Love and fertility. Ancient Egyptians were enamoured by her skillful amorous mastery. In between the hieroglyphs desert flowers bloomed by the chiseled stone facades as swallow nests nestled atop the barren walls. A sweet smell of wild herbs perfumed the setting as if Isis were casting her magical powers again.

Leaving Aswan the boat sails past a continuous series of landscapes and scenes unchanged since Biblical times. By the river’s edge, children play as mothers launder linens while nearby shepherds tend their flocks of goats and sheep. Kingfishers dive, the water buffalo graze, egrets nestle in the reeds. Daily life plays out on the oasis of lush green fed by the Nile.

But beyond this storybook the wondrous Sahara Desert with its bare mountains pop out like a camel’s smooth hump within this mortal setting. The Nile is the lifeblood of Egypt. Ancient Egyptians believed this sacred river was a gift from the stars. It’s easy to feel a connection to the past and to imagine what once was.

That night, as the Nile softly rocks the Moon Goddess to sleep I dreamed of the land of pharaohs, of wind filling the sails of feluccas, and of the haunting shrill of the call to prayer echoing from the village minaret.

At a bend in the Nile, in Kom Ombo, a pair of deities is eulogized at this desert port. We disembark and join other cruisers to see the twin temples of Kom Ombo, dedicated to Sobek, the crocodile god, and Horus the Elder.

Mummified crocodiles wrapped in swaddling clothes are on display in the museum. The crocodile’s connection to the Nile is revealed there. “Ancient Egyptians believed worshipping the crocodile-headed Sobek would keep them safe,” suggested one Egyptologist.

Captive crocodiles once freely roamed within the temple as sacred crocodiles once ruled this turf. Cleopatra’s father, Ptolemy XII completed the temple’s fanciful décor. Now, only the imagination can fill in the majesty of the crumbling ruins.

Travelling in Edfu shifts you into the Old Testament. A fleet of candy coloured horse carriages helmed by galabeya clad drivers take cruise guests in tandem through the old urban streets to the Edfu Temple. Nestled on a mound on the Nile River’s West Bank, the gigantic walled landmark floats like a mirage in the desert.

A sandstorm whipped up during our arrival turning the air into a choking sepia tone which only enhanced the atmosphere. Considered the most well preserved temple of Ancient Egypt, the Temple of Horus is mind-boggling. Construction took nearly two centuries. School children eagerly pass us as we wander the dark interiors of hieroglyphs, sky high columns and stone cold quarters. It’s a far cry when only high priests and the pharaoh of the day were permitted here. Still off-limits, at the dimly lit shrine in the sanctuary, home of a sacred golden boat, not a soul stirs.

We left behind the dustbowl streets of Edfu and prepared for another glorious sail up the Nile. That night we dined on Egyptian fare of kebobs and kofta and played dress-up at the fun-filled galabeya party.

Up until now, temples and shop keepers kept us intrigued on our grand Nile journey but the tributes to the fallen kings and queens was what stirred the imagination even more on the West Bank.

We saw the Colossi of Memnon, a pair of giant statues and headed to a sublime shrine carved into the cliff-side for Hatshepsut. Egypt’s first female pharaoh disguised herself in men’s attire and was one of the country’s most successful rulers. Tourists head beyond the Hatshepsut-motif columns seeking shady shelter from the blazing desert sun.

At the Valley of the Kings, this network of royal tombs contrasts against the bleak desert. We descend into shafts and chambers flanked by mystical hieroglyphs of rams, half bird men painted in ruby red, canary yellow and royal blue from lapis lazuli originating in present day Afghanistan. These sacred tombs now recognized by numbers once held the burial places to the mighty kings. Tomb KV7 was Ramses II while the most precious was KV62 of Tutankhamun. Superstition still prevails. Some believe in the pharaoh’s curse and refuse to see King Tut’s tomb. I paid the extra ticket and have no regrets. Once I descended the narrow, steep dark passage, there laid the ancient remains of the Boy King, covered in white linen.

The passing scenes of fishermen and farmers tending to their labour beneath the hot Egyptian sun became the daily sights of the Nile. Awaiting us now were the legends of Luxor.

We toured the ancient city of Thebes, revered as the world’s greatest open-air museum, and the Karnak Temple which evolved over a period of a thousand years. The most ornate temples splayed in Karnak. Immense columns and obelisks laid down by giants perched precariously in the wind. The mystery of their creation is like the mystery of the ancient pyramids themselves.

I was hard pressed to leave this part of Egypt. Harder still, was to leave the Moon Goddess which had morphed into a fairytale cast of friendly faces and legendary Egyptian hospitality. Each whim was met with a smile, and a yes, including a visit to the captain’s bridge.

In the land of pharaohs, it was easy to feel like a modern day one on board the magical Moon Goddess. 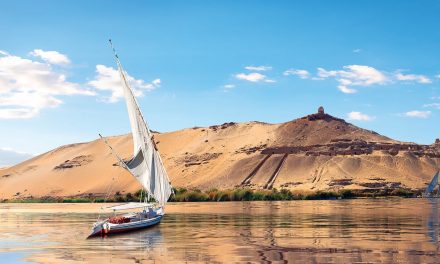 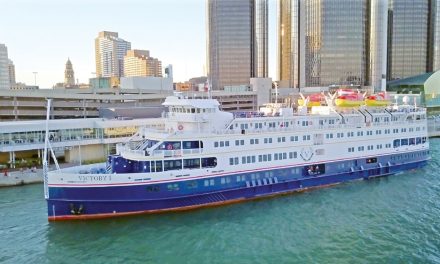 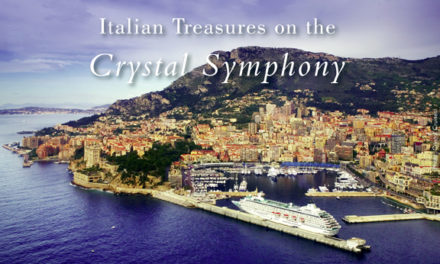 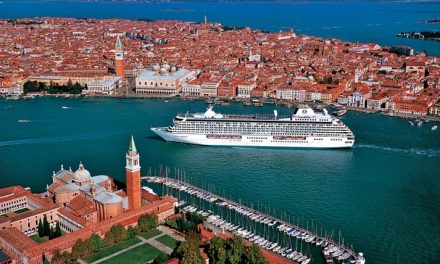