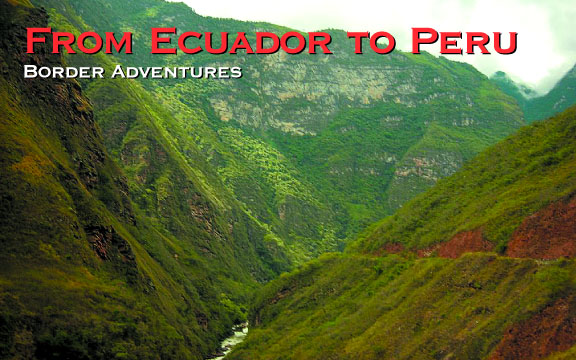 Following the map that a friendly and well-informed local had drawn for me in Vilcabamba in Southern Ecuador, I finally arrived an hour ago in the dusty little town of Bagua Grande in Northern Peru. The journey getting here was truly epic and a challenging test of my endurance.

Most visitors to South America tend to use local airlines to hopscotch from country to country, but if time permits, travelling overland is the only way to truly experience this vast and surprisingly untamed continent.

I began my departure from Ecuador with a bumpy but picturesque five-hour bus ride from the quaint Andean town of Vilcabamba (which means Sacred Valley in an Incan dialect) to the border crossing at Zumba. I had decided on crossing at this remote border point because I had heard that the route through the mountainous interior of the country was far more adventurous than the Pacific coastal route. Now I know why it has gained that reputation!

Zumba is a pleasant little border town nestled in a green valley deep in the southeastern Loja Region of Ecuador. A large yellow-painted army barracks dominates the town. When I arrived, the place was crawling with young men wearing camouflage fatigues and carrying automatic rifles slung nonchalantly over their shoulders. Not many of them were over the age of 20.

I presumed that this was a remnant of the 1995 border dispute between Ecuador and Peru. Fortunately, the dispute was amicably resolved in October 1998, resulting in the present-day friendly relations between the two countries.

From Zumba, I still had to travel south for an hour or so on an open-sided bus to get to the Peruvian border. I arrived at the least accessible and little-used border crossing between the two countries an hour after sunset. A cheerful young man wearing shorts and a baseball cap stamped my passport, recording my date of departure from Ecuador.

In the dark of night, I walked across a stone bridge that spans the Rio Chinchipe. The river separates Ecuador from Peru at that point. On the other side, I met three Ecuadorians who were also making the border crossing that night.

Our newly formed group of travelling companions stuck close to each other for mutual protection and eventually located the police booth where we would supposedly get our passports stamped for our official entry into Peru. Inside the booth, a bored looking man wearing a stained white shirt and a straw hat sat alone at a table in the bare room, playing solitaire with a deck of cards.

Into the Jungle Night

We showed him our passports and asked him to stamp them, but he said the border was closed for the night. I experienced a moment of near panic (I was too exhausted for real panic), thinking that we would have to spend the night sleeping in the jungle in this remote place, like four lost souls in no man’s land!

However, a few minutes later, another man appeared from somewhere out in the pitch-black jungle and told everybody to follow him. The others, who naturally were fluent in Spanish, beckoned me to follow them into the jungle. I really had no other choice and I made the only decision I could. I went with them into the jungle!

We walked down a dirt road that ran next to the river until we came to another even less official-looking building than the first. Inside a man in his mid-twenties formally welcomed us to Peru and gave each of our passports a vigorous entry stamp.

My next task was getting into town to find somewhere to spend the night. I approached the lone taxi waiting outside a shop that was still open. As I haggled with the driver over the fare, I was joined by three other potential passengers: a totally intoxicated man; another who was slightly less drunk; and a sober teenager, who turned out to be the most helpful of the three.

Agreeing on a price, we all packed ourselves into the little four-door Toyota for a hair-raising car ride into town. “It’s just like a roller coaster, only cheaper.” I jokingly told my companions, as they grimly held on to whatever they could while the car fishtailed around blind corners on its almost bald tires.

Eventually, I was dropped off at the only hotel in a town so small, that it doesn’t appear on any map. I said my goodbyes to my fellow-passengers and prepared to spend the night in the least appealing hotel I had seen in over three weeks of my travels in neighbouring Ecuador.

The hotel had spiders in the shower, no toilet paper in the bathroom, dogs barking randomly throughout the night, and manic roosters crowing from 3 am onwards. When the first rays of light shone into my room, I paid for my accommodations for the night and caught a taxi to San Ignacio as fast as my legs could carry me.

In San Ignacio, I was surprised to see rickshaws (called autotaxis in Peru) for the first time during my South American trip. I stayed just long enough to change some money into the local currency, the Peruvian Nuevo Sol, before cramming into a minivan with 20 other people for the three-hour ride to the next city down the road called Jaén.

In Jaén, I stopped to buy some exotic tropical fruits I had never seen before and got into another shared taxi with seven other people for the two-hour ride to Bagua Grande.

The lady sitting next to me fell asleep on my shoulder. She had obviously done this trip many times before. But I was wide-awake, marvelling at the desert-like scenery flashing by the windows of the taxi. It was unlike anything else I had ever seen before and totally unexpected.

As I lay in my hotel room writing this entry in my journal, I feel relieved that the last two days are over. But what an adventure it had been. I wouldn’t have missed it for the world!

Now I can shower off the dust from the road and venture out to discover what gastronomic delights this little remote Peruvian town of Bagua Grande has to offer the hungry traveller.

With this trip to South America, Xerxes N. Marduk has achieved his goal of travelling to every continent by the time he turned 25. Visit his web site at www.skygodproject.net, or contact him at xerxes.marduk@gmail.com. 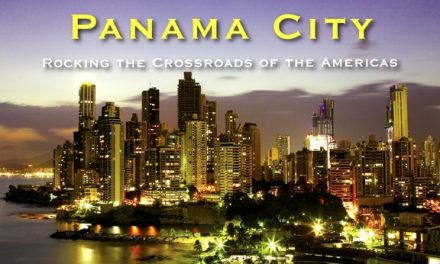 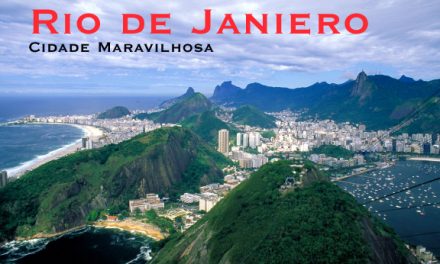 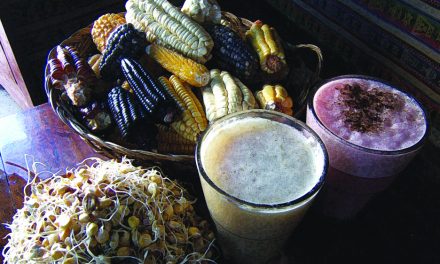 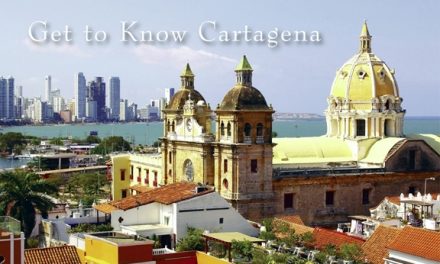