Mexico – Riviera Nayarit is heating up this year! 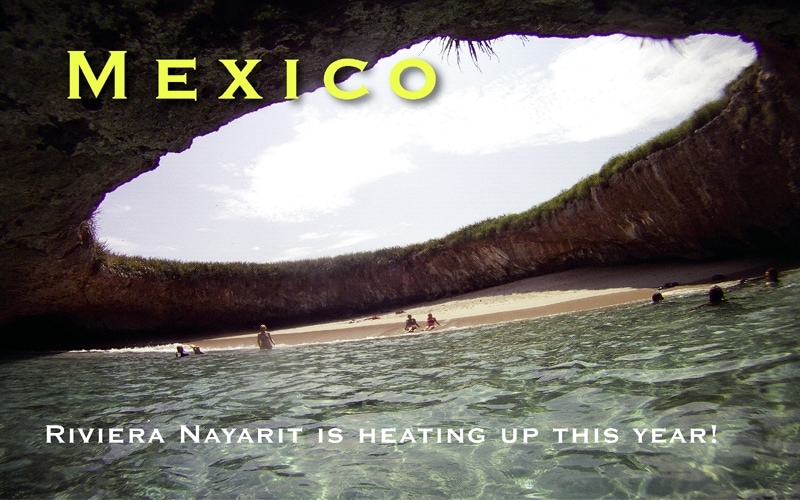 Mexico
Riviera Nayarit is heating up this year!

Voted as one of Frommer’s “Top Destinations for 2014” as well as one of “The 5 Coolest Places to Go in 2014” by Oyster, Riviera Nayarit is having its rightful moment in the spotlight. This comes as no surprise to us – Riviera Nayarit offers 192 miles of golden beaches, luxury resorts and charming boutique hotels, history dating back to the Aztec civilization and a collection of authentic Mexican towns along the coast.

Below, we’ve outlined a few reasons why Riviera Nayarit is indeed the coolest place to travel this year:

Situated in Banderas Bay near Punta Mita, the Marieta Islands are a wildlife sanctuary, home to many endangered bird species as well as rare coral reefs. Over 80 species of birds nest here including several endangered species such as the very rare Blue Footed Booby which can only be found here, on the Sea of Cortez and the Galapagos Islands. The Marietas Islands are a chain of three volcanic islands near the mainland at the north end of the bay. One of the most visited island locations is the place the locals call “La Playa de Amor” or Lover’s Beach. There is an opening through an arch which was carved in the rock by the pounding of the waves over the centuries. Boat tours from Nuevo Vallarta and Punta Mita are available to enjoy snorkeling, diving, swimming and birdwatching.

A small island of floating mangroves, canals and lowlands that is reputed to be the legendary Aztlan, birthplace of the Aztec civilization. Aerial views of Mexcaltitan show an oval-shaped village on a man-made island surrounded by mangroves teeming with exotic birds, the occasional alligator, turtles, fish, shrimp, lobster, oysters and mussels. From a central plaza that contains a picturesque church and a very small museum, the streets of the village radiate outward like spokes of a wheel. Visitors can enjoy exploring the Museo del Origen, dining in outdoor restaurants, beaches, birdwatching, swimming and relaxation.

According to the World Wildlife Fund, the La Tovara National Park and mangrove eco-region in San Blas is “one of the most important winter habitats for birds in the Pacific, home to 80% of the Pacific migratory shore bird populations.” A paradise for bird enthusiasts, this eco region has the highest concentration of migratory birds and features over 500 species, including the black-bellied tree duck, great blue heron, roseate spoonbill, and endemic birds, like the bumblebee hummingbird and the Mexican woodnymph.

4. Tail of the Whale

Among the distinctive features of the course is the signature island hole, 3B, the world’s only natural island green situated 194 yards from the shore. Driving the ball across the Pacific Ocean is a unique experience, as is getting over to the green to putt. At low tide, there is a connecting pathway over shallow waters or as the tide moves in, a staff member shuttles golfers in an amphibious version of a golf cart. The hole is known as the “Tail of the Whale,” because when seen from the air, it resembles the shape of the tail of the Humpbacked whales that frequent the offshore waters of Punta Mita during winter months. When asked to name his “best” hole, Nicklaus responded, “3B at Punta Mita.”

Haramara is arguably one of the most special hotels in Mexico. It is a luxurious yoga retreat located on 12 seaside acres of wild vegetation just outside Sayulita. The structures have been built using traditional construction techniques to minimize the environmental impact, and there is no electricity anywhere besides the restaurant and the yoga studio — not even in the rooms. Each room is housed in a private standalone thatched hut with no window panes or screens separating it from the jungle, and only gauze curtains and mosquito nets to avoid bugs and critters. It is geared towards those in need of some detoxification and relaxation, with yoga and meditation classes, an open-air spa, a vegetarian and seafood restaurant, unpaved trails, and limited cell phone service.

Little is known for certain about the origins of the Huichol culture in the Sierra Madre Mountains of Nayarit and other adjoining states in Mexico. What is without question is that today’s Huichol – or Wixarika, as they prefer to call themselves in their native language – prefer to olive their traditional lifestyle yet make a major contribution to Mexico’s indigenous art and folk traditions. This artistic legacy has been recognized by leading museums around the world for its unique, intricate and colorful perspective on human culture and its relationship to nature. Huichol art has been described as a “portal on nature.” Craft objects include embroidery, distinctive hats, beadwork and a variety of woven objects including bags, but it is Huichol yarn painting, and more recently beadwork, that draw the most interest from art collectors, museums and visitors to Riviera Nayarit. Interesting Fact: Because of how the Huichol artwork is created, you can slip on a pair of 3D glasses and watch the designs come to life. 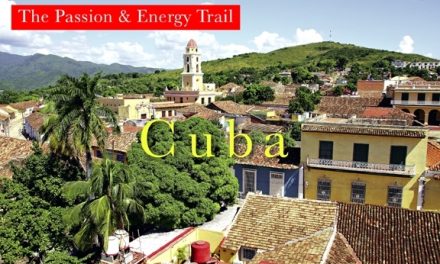 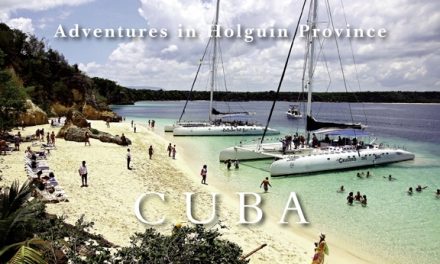 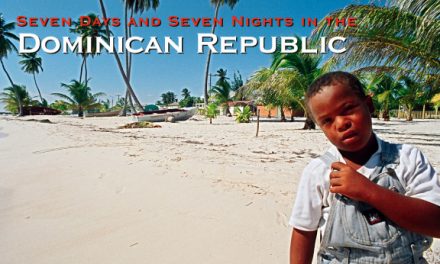 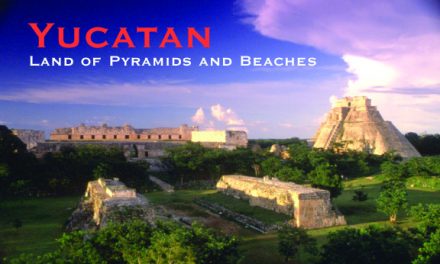