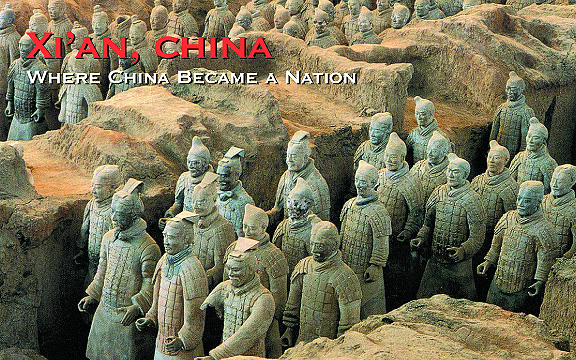 One evening, I was watching a broadcast of the Silk Road Festival on television in Toronto. This colourful annual festival held each October in Aleppo, Syria included a re-enactment of caravans arriving after a long journey from China.

“It must have commenced its journey in Xi’an,” I thought to myself. I had read much about that historic Chinese city and had always yearned to explore its historic sites.

Now, a few months later, I was walking the streets of that ancient imperial Chinese metropolis, which has become China’s own exotic Mecca for world travellers.

Its many attributes, especially its famous historic remains, have made it a much sought tourist destination. And here I was!

Rating high above all of Xi’an’s many fascinating attractions are its terra cotta army; its ancient and well-preserved medieval city walls, very few being still intact in China; the romantic atmosphere of its Muslim quarter; and its excellent, world-renowned local cuisine.

As I explored the city’s historic sites, examined the handiwork of its talented artisans and sampled its savoury foods, I felt that my dream had come true. Xi’an, with its long and illustrious history, was at last within my grasp.

Xi’an was situated strategically at the crossroads of the age-old routes that traversed China and Central Asia. During the Classical period and the Middle Ages, the city grew into one of the most sophisticated and wealthiest urban centres in the world.

At the height of its splendour, it vied with Rome and later with Constantinople and Cordova to be the greatest city on the globe.

During those centuries of yore, Xi’an was also the first Chinese city to open its doors to the outside world.

It established itself as a world leader in culture and trade and became the first stop on the famous Silk Road, thereby playing a vital role in bridging the cultural gap between East and West.

With a history going back some 3,000 years, it was called Chang’an in ancient times and, because of its wealth, it became known as the ‘Golden City’.

Xi’an served as the capital of China for 13 Dynasties – chief among them being the Qin, Han, Sui, and Tang. Xi’an’s place as the centre of imperial power spanned 1,300 hundred years, longer than that any of China’s other six most famous capital cities.

Xi’an reached the peak of its power during the Tang Dynasty (618 – 907A.D) when the city became the capital of the then-known world. Mainly because of its pivotal position on the Silk Road, it also became a world centre of Buddhist, Christian and Muslim missionary activities.

All the dynasties that called Xi’an home and the religions that thrived there over the centuries left their mark on the city. Mosques, pagodas, palaces, and especially the emperors’ mausoleums located in Xi’an and its environs have made it a virtual tourist Shangri-la.

However, aside from its incredible historic attributes, this city of six million and capital of Shaanxi Province has numerous other drawing cards.

It is a modern-day commercial and industrial urban centre, noted for its cotton, wool and, above all, its exquisite silk products.

With 56 universities and colleges, Xi’an is also a place of refinement and learning.

A number of its universities are considered to be the best in China, and hence, the city has a large student population who contribute much to the cultural life of the city.

On the other hand, travellers come to Xi’an, in the main, to see its terra cotta army created by one of China’s most renowned emperors, Qin Shi Huang, who believed it would protect him for eternity.

This great archaeological treasure, one of the most sensational finds of all times in China’s long and illustrious history, is an amazing memento of china’s illustrious past.

Ascending the throne at the tender age of 13, in 246 B.C., Qin Shi Huang set about making the six warring Chinese states into one nation.

He conquered the six Chinese kingdoms in existence at that time and united China for the first time in its history, and then set himself up as the first emperor of the Dynasty of Qin – the name from which China is derived.

One of the most important of China’s emperors, his rule became a landmark in Chinese history. He is credited with standardizing the Chinese script, establishing a unified weight system, replacing hereditary rulers with a centrally appointed administrative system, instituting agricultural reform and uniting the country with over 6,000 miles (9,660 km) of roads and 1,000 miles (1,600 km) of canals.

He also joined previously built defence ramparts to form the first Great Wall of China. But his terra cotta army, which his admirers fondly call the 8th wonder of the world, enshrines his name forever.

The clay warriors of Xi’an rank with the Great Wall as one of China’s most important historic sites. Stunning and eye boggling, the more than 2,200-year-old Terra Cotta soldiers with their chariots, horses and weapons are, without doubt, one of the world’s great wonders, reflecting the pomp and glory of the times.

Meant to accompany their Emperor after death, the more than 7,000 life-size clay soldiers, with their battle gear, marshalled in combat formation, ready for battle, give us a glance at one of China’s greatest wonders.

The army of unearthed soldiers, depicted in battle dress according to rank and unit, consists of vivid life-size figures of the ancient warriors about six feet high clad in armour or short gowns, belted at the waist, with leggings and tightly lashed boots.

The craftsmanship and size of the lifelike figures are extraordinary. None of the soldiers look alike – each has a distinctive individual expression and hairstyle.

UNESCO has declared the terra cotta army a World Heritage Site. A natural museum of history, the soldiers with their battle gear and chariots are the epitome of the 5,000-year-old history of China.

Absolutely incredulous to first time visitors, they have made Xi’an a favourite stopping place for an ever-increasing number of international tourists.

Not as important as the clay warriors, but very impressive none-the-less are the 600-year-old, 14-km-long (9 mi) city walls, constructed by piling up the soil dug up from the surrounding moat and facing it with bricks.

The best-preserved old city walls in China, standing 12m (39 ft) high, they were once topped by 98 towers, 20 of which remain – the most notable being the Bell, Drum and South Gate Towers.

Another interesting historic site on the edge of town is the Pan Po Neolithic village, dating back to 4500 B.C. The site has yielded remnants of 45 homes, six pottery kilns, 200 storage pits, 250 tombs and 10,000 tools. A Disney-style village has been erected on the site to give visitors an idea of how the original town was at the dawn of civilization.

For travellers, an exciting end to their exploration of Xi’an is the Muslim Quarter. In this historic and romantic section, filled with fine eating places serving delicious Muslim food, one can stroll and shop for interesting traditional souvenirs while enjoying the aura of this Chinese-Muslim area.

After exploring this exotic quarter, I ended my day at the Tongshengxiang Restaurant.

As I relished my Niuyangroupaomo (a steamed bun soaking in mutton soup), the famous dish for which Xi’an is known, I though of the terra cotta soldiers and their long-dead Emperor.

He yearned for eternal life, but instead gave never-ending life to the clay army that was supposed to ensure his own immortality.

Such are the ways of human foibles, especially when associated with absolute power.

For Further Info on Xi’an: 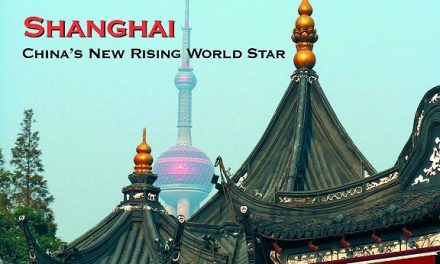 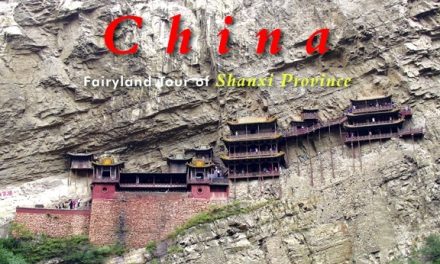 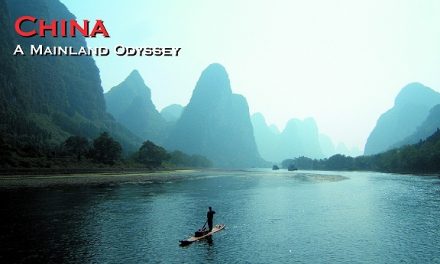 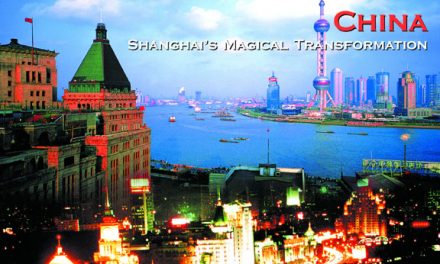