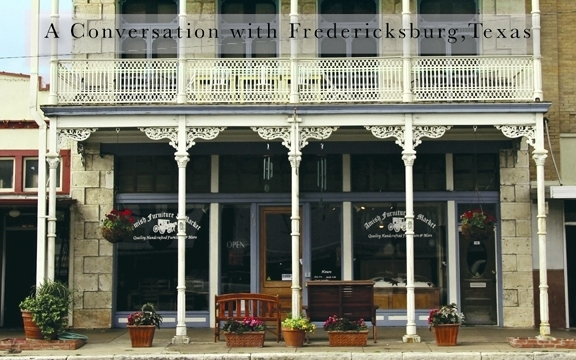 USA
A Conversation with Fredericksburg,Texas
Article and photography by Steve Gillick

When you’re a foodie who loves to try new beers and you see Ugly Pug Schwarzbier on the menu, you’re intrigued, to say the least. And this is exactly how I started my visit to Fredericksburg, a city of 11,000 in Texas Hill Country, about 70 minutes north of San Antonio or 90 minutes west of Austin.

I sampled the delicious dark lager at Otto’s, an ultra-popular restaurant, described by owner Evelyn Washburne as “European bistro, fine dining” but she was quick to add that “we don’t take ourselves too seriously”. And in this relaxed, friendly atmosphere, Paco, the sommelier, pairs German and Austrian wines (and also beer) with the house specialties that include a rich and creamy Flammkuchen (flatbread with crème fraiche and gorgonzola), the unbelievably tasty Gravlax (beet and gin cured salmon with capers and horseradish), the delicious Wurst Platte, (house-made sausage, served with kartoffelnsalat and sauerkraut), and the incredible Duck Schnitzel (with spätzle, rotkohl, huckleberry demi-glace and duck cracklin’s). Evelyn tells the story of the man in Louisiana who heard about the Duck Schnitzel and flew his private plane from Shreveport to Fredericksburg (about 400 miles). When he was told that the dish was not being featured on the menu that day, he turned around and flew home. I had the Duck Schnitzel and I believe the story!

During our class at the Fischer & Wiser Culinary Adventure Cooking School, Chef John deMers spoke about food as “a window into culture…the story of people’s lives” and even though many restaurants in Fredericksburg harken back to the city’s German origins in the 1840’s, the much-acclaimed culinary scene melds Texan tastes with Global flavours, and adds in a pinch of “fun”. When Chef Judson Woods at Tubby’s Icehouse offered Grapefruit Paletas (similar to a popsicle) to cool down our palates after we tasted the spicy Yucatan Chicken Tacos made with achiote and habanero, he suggested that the icy treat tasted even better when dipped in Prosecco. He was right!

And our blissful indulgence in food continued with the breakfast tacos and muffins at Twisted Sisters, the tender, fresh mesquite-smoked ribs and brisket at the Backdoors BBQ, and the “Fredericks Burger” at Burger Burger (made with Beef, bratwurst and sauerkraut) and paired with Lobo Negro, a Bavarian style black lager. Lee Hereford, the President and CEO of Perdinales Brewing Company referred to this beer as “my favourite child” and advised that “when you get to the bottom of the glass and decide that it tastes like another one”, then you know you have a product that resonates with the public.

Not too far away at The Treaty House, the super-popular bar and cocktail lounge, connects with Fredericksburg locals and tourists alike. Owner John Muraglia told us that when his father was imprisoned in Leavenworth Penitentiary in 1933 for violating Prohibition, he was also stripped of his U.S. Citizenship. It took years to have it re-instated and finally a Pardon, signed by President Harry Truman made it official. The drink, ‘Truman’s Pardon’, a classic Martini made with fresh, red grapefruit juice, is served in the Independence Bar where the actual document is framed on the wall.

But in line with his love of family, fun, living in Texas and pride in the U.S. Military, John Muraglia went one step further. He commissioned three historical murals to be created for the large, comfortable, contemporary-designed Treaty House: 1) The Battle of San Jacinto, fought in 1836, that resulted in the creation of the Republic of Texas; 2) the Treaty with the Comanches in 1847 that allowed the new German immigrants to settle on the land that would eventually include the town of Fredericksburg; and 3) the Unconditional Surrender, signed by Japan in 1945, that ended the war of the Pacific.

On Main Street and many of the side streets in Fredericksburg history comes alive in the architecture that ranges from log cabins to balconied limestone dwellings, to quaint Sunday houses.

History comes alive at the LBJ State Park where you can see President Lyndon Johnson’s “LBJ” cattle-brand on the horns of his steers, tour the Western White House where he and Lady Bird spent 490 days during the Presidency, and see the recreation of his birthplace, only a few hundred feet away from the family cemetery. With his wry sense of humour, Johnson was fond of telling his guests that when he died, they could say that he didn’t get very far in life.

And history comes alive on Main Street with the statue of Admiral Chester W. Nimitz, a Fredericksburg native, under whose command the Pacific War ended. The National Museum of the Pacific War not only details the campaigns of the war but also tells the personal stories of the men and woman who fought. One gallery is devoted to the Sullivan Brothers. When their mom heard rumours that all five of her sons had been killed, she wrote to the Bureau of Naval Personnel for clarification. In the Museum, there is a recording made by Mrs. Sullivan’s grand-daughter in which she reads this letter, and chokes up with tears half-way through the recording. It’s a very touching encounter for the museum visitor. Ultimately President Roosevelt broke the terrible news to Mrs. Sullivan in a personal letter. This incident inspired the movie ‘Saving Private Ryan’.

But Fredericksburg inspiration also includes all that is colorful, artistic, happy and interactive. There are 42 wineries along Highway 290 which passes through what has been called the second most visited wine region in the United States, next to Sonoma, California. Wines include Viognier, Roussane, Malbec, Merlot, Pinot Grigio, Petite Syrah, Albarino and more.

And according to John Thomas, the owner of Wildseed Farms, Texas Hill Country in and around Fredericksburg, is the largest flower show on earth. A drive along Highway 290 reveals a kaleidoscopic blast of color that includes Texas Bluebonnet and Paintbrush, Indian Blanket, Purple Wine Cup, acres of red and blue Poppies, and tons of photographic opportunities.

Special interest activities in the area might include Cowboys! You can stop at Texas Jack Wild West Outfitter, then drive 18 miles to Luchenbach, one of the meccas of country western music, where you can line-dance while quaffing a bottle of Shiner Bock Beer (Nothing’s Finer than a Shiner!). Or you can visit one of the 20 art galleries in the city, or for the adventurous you can rent a bicycle for the day and then climb Enchanted Rock for the view. Just a word of note: the city is always sold out on the weekend before and after Valentine’s Day.

While there are several standard hotels/motels in the city, many visitors opt for a guest house that offers more of a ‘living like a local’ experience. I stayed in ‘The Barn’, a converted 1880’s building, 5 miles out of town at the Palo Alto Creek Farm. The design might be described as super-comfy cowboy with western decorations throughout, and some of the most interesting neighbors you can imagine! On my first day I met the Texas Longhorns, Loretta, Emmy Lou, and “Clearout”, the Bull. The donkeys, Dollie, Patsy, Faith and George, loved to have their ears scratched, and multi-tuned Mockingbirds, whistling Grackles, and curious Turkey Vultures, Hummingbirds and Woodpeckers frequented the area.

Fredericksburg is a unique destination with a tempting culinary scene, impressive historical attractions, outdoor adventures with colourful landscapes, and the opportunity to relax and have a conversation with the locals. It’s a warm, welcoming, friendly place to include on your next visit to Texas. 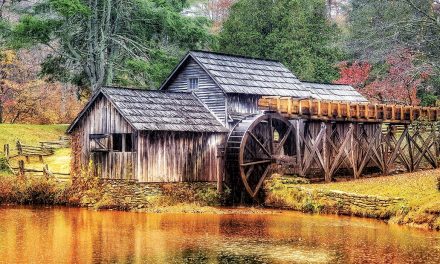 Virginia is for lovers 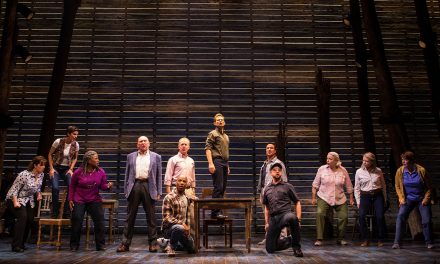 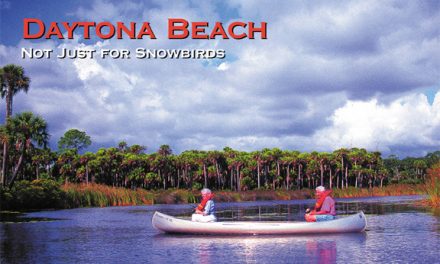 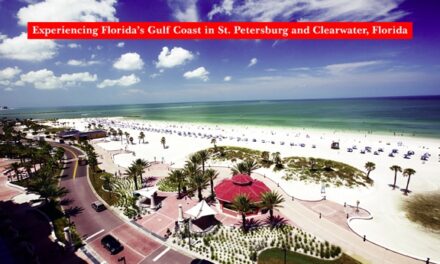