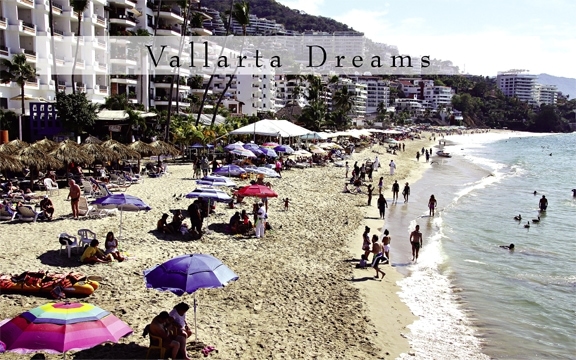 The painted sign on the wall above the open kitchen at Tintoque Restaurant in Puerto Vallarta, Mexico reads, “Los majores sueños son los que no te dejan dormir”. The translation is, “The best dreams are those that don’t let you sleep”. And the meaning refers to the riveting excitement of ideas and the energy of creative thoughts that keep us awake at night.

It’s particularly meaningful at Tintoque, where Chef Joel Ornelas creates culinary magic with fusion dishes that both harken back to traditional Mexican cuisine as well as embrace the latest trends in gastronomy. Ornelas represents the new frontier in crafting dishes that resonate with the tastes of devoted foodies. The Aguachile is made with octopus ceviche, along with tuna, pork rind and roasted pepper emulsion. The Sesame-encrusted shrimp are incredible and the Red Snapper with pineapple puree and Guajillo pepper sauce is unbelievable.

Visitors to Puerto Vallarta quickly realize that high standards of service, attention to detail and a welcoming attitude are an intrinsic part of the experience. When I asked the Mayor, Arturo Davalos Peña why North Americans should come to Puerto Vallarta, he mentioned the Sierra Madre Mountains, the Pacific Ocean, the Cuale River, the dreamy beaches and the gorgeous weather. But he also noted that Puerto Vallarta retains its authentic Western Mexico charm and complements what are known as the 3 icons of Jalisco Province: Tequila (the national drink), Charro (traditional horsemen) and Mariachi (the music of Western Mexico).

Moreover, he spoke about the people who “smile in your face”. They are part of the city’s history of accommodating the needs of travelers, and the Director of the Tourism Board, Agustin Alvarez Valdivia added that Puerto Vallarta was not created to be a tourism centre (as were, for example, Cancun and Riviera Maya) but the city has a long history of providing customer service to locals in the mining, agriculture and fishing industries. “It’s in the blood and has been in the blood of several generations”, Valdivia said. “Vallartenese (the people of the city) love to show off their culture and their friendliness”.

When asked about the nickname for the locals, Pata Salada or ‘Salty Feet’, Valdivia replied that it refers partially to the fact that Puerto Vallarta is a natural beach destination on the ocean, but also to the fact that the people who look after the visitors are ‘the salt of the earth”.

And all a visitor has to do to gain a full appreciation of the ‘authenticity’ of the city is to experience it first hand: The beaches, the Malecon (the ocean front boardwalk), the Port area, the various neighborhoods in the old city, the restaurants and bars and the beauty of the coast just south of the city.

Our accommodation was half way around Banderas Bay between the port, where we could watch the cruise ships arrive against the backdrop of the mountains in the morning, and the city itself, where the iconic tower of the Church of Our Lady of Guadaloupe was visible, shimmering in the heat of the day or outlined in lights amidst the energy and excitement of Puerto Vallarta’s night life. The Villa Premier Boutique Hotel is an adults-only luxury accommodation where customer retention is prioritized from the moment guests arrive. Before check-in they’re greeted with a cold towel and a glass of sparkling wine. Guests choose the type of pillows they prefer as well as any room fragrances they enjoy, and then after check-in a complimentary back massage conveys the mood of service and relaxation.

The great thing about the Villa Premiere Hotel is that it’s within walking distance to the Malecon (about 15 minutes south) and to the small morning market (about 15 minutes to the east). Photographers who enjoy the colors of seafood, fruit and vegetable markets, will enjoy the displays of Red Snapper and the tubs holding a variety of shrimp that are used to make ceviche, one of the area specialties.

The Malecon is the wide ocean-side walkway, filled with statues, trees, flowers, shops and restaurants, along with a large colourful sign that spells out the name of the city, under a replica of the symbol of Puerto Vallarta, the Boy on the Seahorse. It’s a very popular spot for photographs.

Visitors can either explore the streets around the Malecon or follow the boardwalk to the Romantic Zone where the pier at Los Muertos juts into the ocean and pelicans, gulls, fishermen, sunbathers and beach-goers congregate.

The city art walk allows visitors to either follow a guide on certain days or follow a map and wander the streets to discover the lively art scene. At Colectika, owner Kevin Simpson features the art of the Wixarika people (also known as the Huichol). When we asked about the tiny decorated chairs next to regular-sized chairs, he explained that the large ones were for the tribal Shamans, while the tiny chairs were for the gods, with the belief that if the gods were so great, why did they need big chairs? The beaded masks, traditional dress and statues in the gallery speak to Kevin’s love of sharing ancestral art with visitors, allowing them to take a piece of Mexico home with them, as well as helping the Wixarika people retain their traditional way of life, away from the city.

And getting out of the city has its benefits. The highway down the coast leads to the Vallarta Botanical Gardens where, on Thursday mornings, the Vallarta Birders meet. Cinnamon Hummingbirds, Streak-backed Orioles, Orange-fronted Parakeets and Great Kiskadees are only some of the 200 species that can be found in the area. The Gardens themselves, along with the new Peace Garden, provide colour, bird song, tranquility and reflection, along with very good food in the gift shop restaurant.

Of course the other method of exploring the coast is by boat and Mike’s Charters runs excursions that begin in the Marina, cross in front of the giant cruise ships docked at the Port, cruise along the Malecon and then head south toward the flocks of seabirds nesting on Los Arcos, a group of rocks that include caves, tunnels, arches and a reef that’s home to colourful fish, scuba divers and snorkelers.

Further south is Boca de Tomatlan, a more secluded beach destination where visitors, coming by water taxi from the Pier at Los Meurtos, disembark and either enjoy the beach and restaurants, or take the 90 minute hiking path past Mismaloya (one of the venues where the 1964 movie, Night of the Iguana was filmed) and on to Playa las Animas. Many continue to the Playa by boat where they can enjoy water activities and pretty amazing food at the beach restaurants. We had the house specialty at Mike’s Beach Club: Zarandeado (which translates as ‘beat up fish’) and consists of a fire-grilled Red Snapper covered in Ashiote, the lipstick plant, as well as white wine, lemon and “secrets”. Oscar, our server, rightly informed us that “you can feel the flavour before you taste it”.

And back in the city, unique flavours and tastes can be found on most streets. At La Cerveceria Union we enjoyed thick, creamy Guacamole while we waited for our Tacos de Pescado made with tempura-battered Red Snapper. Several blocks away at Los Muertos Brewing company we tried the sampler of their 7 artisanal Beers. And one evening, at the seasonal attraction ‘Dinner in the Sky’, we sat at a table that was then hoisted 45 meters into the air while award-winning Chef Mikel Alonso wowed the guests with his heavenly creations. He told us all about the unique air along the Western Mexican seacoast and its effect on the taste of the food, which in turn activates our endorphins, and produces happiness.

And happiness was the overall theme for our Puerto Vallarta experience. It’s a great place to visit for an authentic, Mexican, passive or active adventure, in an atmosphere of friendly, service-minded locals who appear to genuinely appreciate receiving guests to their city. 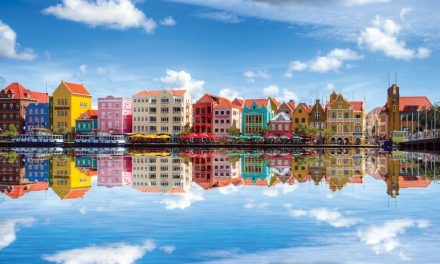 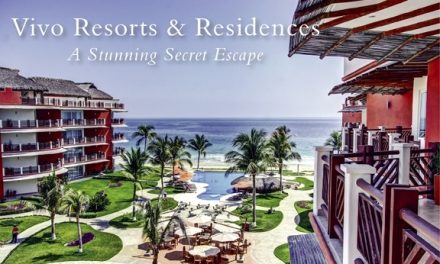 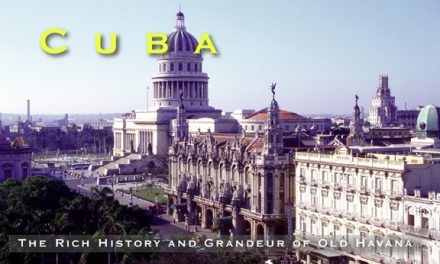 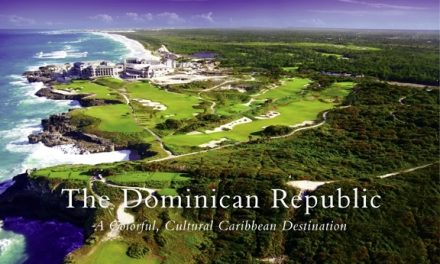