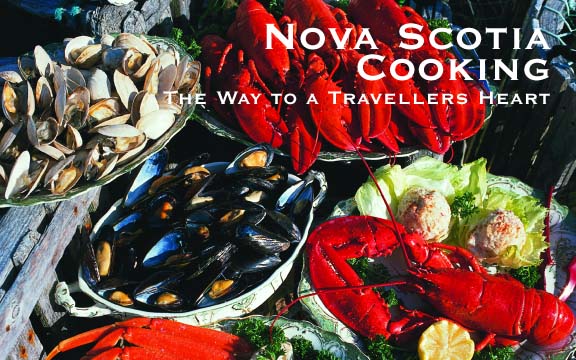 If you’re from “away” you’re probably aware that Nova Scotia serves up some of the best seafood in all of the Eastern Seaboard. However, what you may not know is that the province’s regional cuisines are equally delicious.

For a province full of good, and some would even say great cooks, the locals are modest about their home-grown tasty dishes enjoyed by some lucky visitors, often declaring that it’s just “plain cooking”.

Nova Scotians will tell you that it’s the way they were brought up — with fish in one form or another every Friday; baked beans and brown bread on Saturday nights and Sunday mornings; fish chowder for supper (yes, supper, not dinner); fish cakes at least once a week, always served with homemade chow chow; spareribs and sauerkraut; boiled dinners of corned beef and cabbage, followed by leftover hash; and not forgetting, delicious rabbit stew, which you might have trouble finding on today’s menus. But, Nova Scotians call these local culinary delights everyday fare!

A Meal Worth Eating

Go to any restaurant worth its salt in the capital city of Halifax or across the province and you’ll find chefs and cooks, often hailing from “away”, who revere what Nova Scotians consider to be nothing out of the ordinary. Loved, yes, but what’s so different about it? In most homes, cooking is considered routine, the only love being in the eating.

Sometimes, it takes an objective outside view to fully appreciate that lovingly prepared local ingredients can meld into scrumptious meals that are definitely worth eating.

As early as 1633, when Acadians came to stay, they planted their apple trees and, urged on by their frugality, they invented “receipts” using indigenous ingredients, firmly establishing their rich culinary heritage. Other local inhabitants with French, British (especially Scottish), Loyalist, and German backgrounds also influenced the unique cuisine that emerges from today’s Nova Scotian kitchens.

Some say the love of the traditional Acadian “rappie” pie is acquired only after a few helpings. Others take to it immediately, especially when it’s served with molasses, which is never far from the kitchen table. If that doesn’t suit your taste, you can be sure a chicken fricot or clam pie will do the trick. And for dessert, you can’t do better than buttermilk pie, an ingenious use of the by-product of butter making. To leave Nova Scotia without having tried some form of Acadian fare is to have never really been there!

As a visitor, you may not find yourself sitting at a typical domestic kitchen table in Yarmouth, Guysborough, or Hants County. But if you do, the person doing the cooking might fancy it up by using a recipe from a trendy magazine in an effort to please you. However, you can buy the same magazine, and probably have. So, don’t be shy! Let your host or hostess know that what you crave is that special flavour that comes with authentic Nova Scotian cooking.

You may have heard about the wonderful early summer meal of new vegetables cooked in cream (or milk) called Hodge Podge. Try it and judge for yourself how plain ole’, well actually, new vegetables can become something ethereal, which they do!

Nowhere on earth is the strawberry season more fully enjoyed than in Nova Scotia, especially when the sweet berry is married with the tart rhubarb. If it’s on the menu, order a piece of strawberry-rhubarb pie. It’s one of the local favourites. And in August, when the blueberries are being picked, you’ll want to sample that dish called Blueberry Grunt. Forget that it’s only blueberries simmered with sugar and spices and topped with dumplings! Dumplings you say? Together they’re great! Look for it and ask for it.

Perhaps nowhere is the English culinary tradition more prominently reflected than in the pubs and taverns across Nova Scotia. This is where you’ll find the shepherds’ pies, plowman’s lunches, sausage rolls, and, most popular of all, fish and chips, accompanied by a pint of one of Nova Scotia’s popular, internationally-recognized brands of brew.

Fish and chips were to industrial England what the hot dog was to the United States — the original fast food of generations who knew of McDonald’s only as a Scottish clan. And here in Nova Scotia, there are many corner operations and small restaurants that proudly aim to please the fish and chip crowd. Upscale restaurants might call their dish haddock and frites, but locals know its fish and chips and order it at places they have come to rely on.

Food critics have tried to locate the best of the batch, but it all comes down to a matter of preference. Do you like your fish fried in a light or heavy batter? Or just run through a coating of seasoned flour? And will that be cod or haddock? Some ask only one question before they order. “Is the fish fresh or frozen?” If the answer is evasive, like “Well, it’s fresh-frozen,” true fish and chip addicts opt for the special of the day, which is usually fresh off the docks.

Lunenburg County is the stronghold of German fare. If you’re lucky, you might start with an appetizer of Solomon Gundy (pickled herring) and go on to a salad of sauerkraut or cucumbers in sour cream. Follow this with an entrée of salt cod and pork scraps, called “House Bankin” by some or “Dutch Mess” by others, and for dessert, gingerbread with lemon sauce, or pie of any kind. It’s here that the great cabbages grow and are turned into sauerkraut and kohlslaw.

It’s here where potatoes are made into a delicious “Kartofflesuppe” or added to the batter of raised doughnuts called “Fasnaks”. It’s also here that a sausage called Lunenburg Pudding is adored, and where some of the best home cooks ply their mixing spoons and rolling pins. Oh yes, in Lunenburg County, they take pride in their baking but modestly ask, “What’s all the fuss?”

You’ll find Scottish cuisine prominently located in Pictou County and Cape Breton, or wherever oatcakes appear in breadbaskets (give a restaurant a star for this). From Scotch broth or “cock-a-leekie” soup served with bannock or porridge bread, to smoked kippers, finnan haddie or poached salmon with a side of clapshot, or tatties and ‘neeps, you’ll find something special about Scottish fare. This is especially true if you wash it down with a tot of rare single malt whisky distilled at Cape Breton’s Glenora Distillery, the only place in North America that makes it.

With the early back-and-forth flow of people between Nova Scotia and New England, it is sometimes difficult to distinguish between the cuisines of the two regions. However, the locals readily credit New Englanders for transplanting to their Nova Scotia homes, the cornmeal that is turned into today’s puddings and Johnny Cakes; baked beans and brown bread; and the traditional Thanksgiving dinner of turkey, cranberry sauce and pumpkin pie.

Nova Scotians hold close to their hearts the claim to the first fish chowders ever served in North America. To stake their claim, they point to the blackened pots of the early 1500s, when foreign fishermen came to fill their nets and ships with the prolific cod. They had to eat and local fish were tasty and plentiful.

Today’s visitors will surely find the perfect fish, seafood or clam chowder somewhere in Nova Scotia’s cities, towns or hamlets. But finding it depends on your personal preference. Some connoisseurs like a thick chowder, others like it thin. Perhaps somewhere in between lies perfection. Your version of the perfect, heavenly chowder awaits you, if you stay long enough to savour the culinary and numerous other delights of Nova Scotia, Canada’s Ocean Playground. 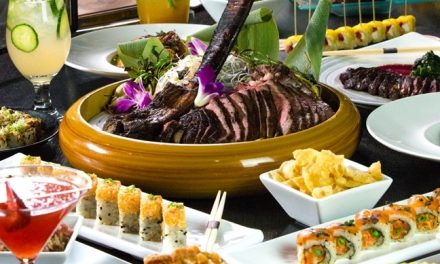 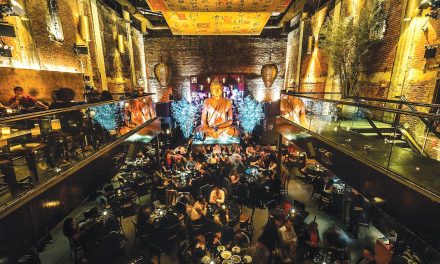 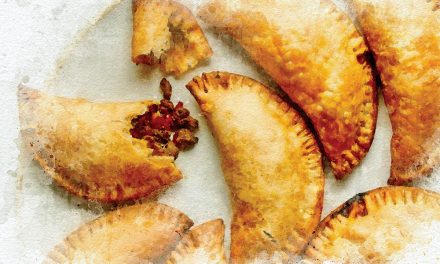 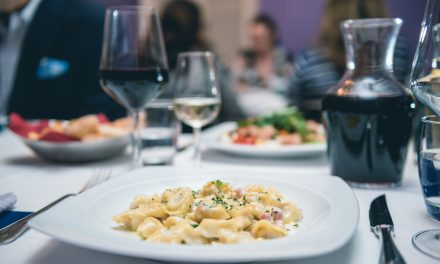 The Top 10 Foodie Experiences in 2018 with Insight Vacations