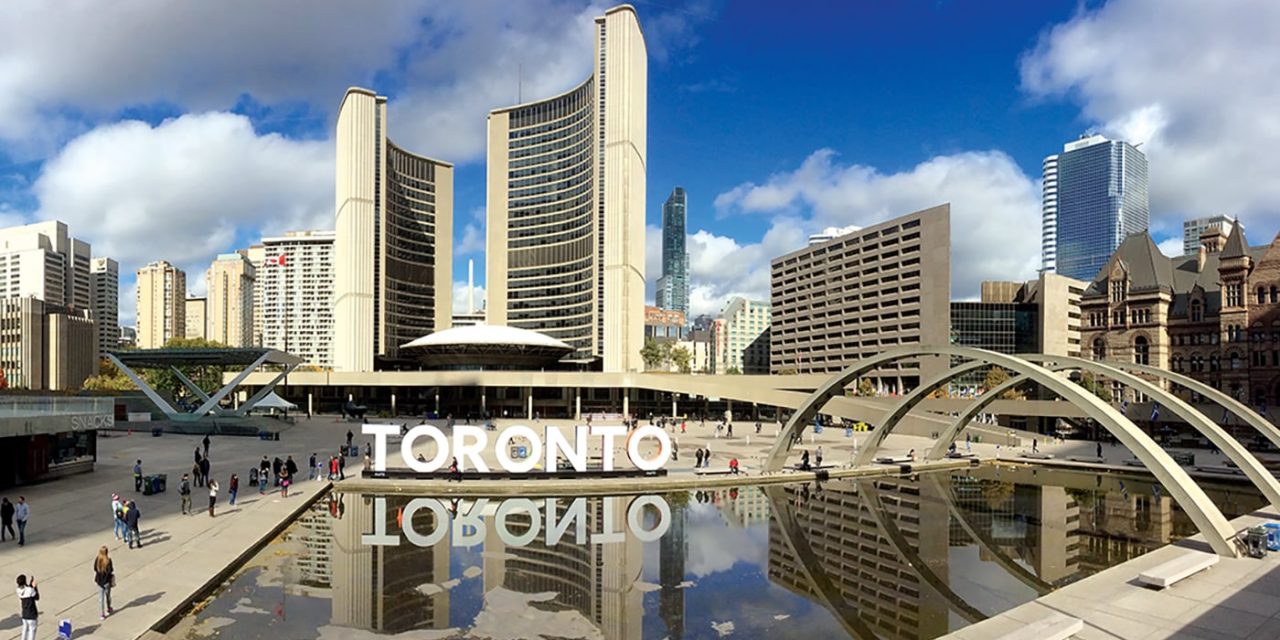 A cooling breeze wafts gently from a lake of shining water as the geese dip their heads in search of a tasty morsel; sailboats bob languidly as a passenger ferry takes happy day-trippers to a cluster of quiet islands as they seek some quiet beach time or a lively game of Frisbee. To the north a gleaming spire winks in the sunlight, a call to all who seek culture, adventure and an unforgettable experience. This is Toronto, the city by the lake and my adopted home since the ‘90s.

From the Mohawk word “Tkaronto – Where there are trees standing in the water” (a reference to an indigenous fishing practice using wooden poles), the marketing organization for the city with the futuristic skyline estimates 28 million people visited Toronto in 2019, spending a record $6.7 billion — $200 million more than in 2018 (cbc.ca). Biased I may be but the stats makes sense – as a year round destination Toronto is hard to top with a staggering amount of activities suited to all tastes and budgets.

Known for its multicultural neighbourhoods, Toronto serves up a smorgasbord of culinary treats for carnivores, vegans and flexitarians alike. On Spadina Avenue between College Street to the North and Queen Street West to the South, the city boasts one of North America’s largest Chinatown districts. Vietnamese, Thai and Korean restaurants complement the more traditional Chinese fare providing options for the most adventurous of palates. Many stay open later than traditional restaurants which make them the perfect destination after a late movie or night on the town. If it’s dim sum you crave, Swatow Restaurant at 309 Spadina Avenue (http://www.swatowtoronto.com) is a favourite with the locals; be prepared for a lineup at weekend brunch times (and don’t forget to try the shrimp har gow:)

Just west of Spadina lies Kensington Market, a favourite destination for the city’s budget conscious fashionistas. When you need a break from sourcing that perfect vintage piece The Moonbeam Coffee Company at 30 St. Andrew Street (moonbeamcoffee.com) is a gem of a pit stop with front and back patio for warmer days and cozy interior when the winter chill hits. Roasting their own fair trade beans onsite adds to the ambience and the option to take a little Moonbeam home with you.

After a hard day’s sightseeing how better to take off a load than at a friendly watering hole? On 223 Augusta Avenue lies The Embassy (416- 591-1132) with a tiny patio, retro vinyl booths and exposed brick walls. Check the blackboard for their selection of imported and domestic beer including draft microbrews. Note: they don’t skimp on their mixed drinks either and pricing is fair. Certain nights they have a DJ spinning in back so check with venue for schedule.

Culture vultures are drawn to Toronto for its lively and eclectic theatre scene. Hosting The National Ballet of Canada (national.ballet.ca) and The Canadian Opera Company (coc.ca), visitors can be assured of world-class entertainment and award-winning productions to rival Broadway. Home to The Toronto Fringe Festival (https://fringetoronto.com/) theatre buffs gather each July to witness the best in diverse and experimental theatre at a low cost. With venues ranging from University Campus theatres and warehouse spaces, The Fringe is a wonderful opportunity to support the arts without breaking the bank.

A visit to Toronto wouldn’t be complete without a trip to the top of the city, courtesy of the CN Tower (cntower.ca). The pride of Toronto, the famous needle stands tall at 1,815ft5in and in 1995 was classified as one of the seven wonders of the modern world. The 360 Restaurant specializes in Canadian cuisine with arguably the best view in the city, revolving once every 72 minutes. After a delicious meal, test your mettle as you walk on the glass floor (scarier than you’d think!) or for the real adrenaline junkie, take a walk on the wild side at the tower’s Edgewalk experience which involves a relaxing hands free walk OUTSIDE the tower – while harnessed securely of course. At $195 it’s not cheap but oh, what a view!

Nature – Trails and the Waterfront

One of the defining characteristics of Toronto is its abundance of green space and proximity to beautiful Lake Ontario. With year round trails and outdoor recreational options, you can ice skate in winter by the frozen wonderland of Lake O or take a summertime cycle along one of the city’s many trails. The Martin Goodman trail is a popular destination for cyclists, joggers and rollerbladers, 22 km from the Beaches in the east end to Humber Bay in the west and part of The Great Lakes Waterfront Trail. No bike? No problem! Toronto Bike Share (https://bikesharetoronto.com/) has stations all over the city with many dotted along Queen’s Quay. At $15 for a 72 hour access pass it’s a fit and fun way to explore the city while being an eco conscious traveler. Unsure about riding an unfamiliar machine? Fear not, the bikes are maintained regularly by the company and provide a smooth and comfortable ride.

If it’s peace and quiet you seek, there are many ravine and forest trails to get lost in, my favourite being the Toronto Beltline Trail. A former railway line, the Beltline is split into three sections, the most tranquil of which is the Ravine Beltline Trail south of Mount Pleasant Cemetery. Look out for woodpeckers, chipmunks and of course the ubiquitous squirrel as you take time out from the bustle of the city (https://en.wikipedia.org/wiki/Beltline_Trail). Budding photographers and history buffs will enjoy the ancient trees and beautiful landscaped gardens in the cemetery which has served Toronto since 1876 (mountpleasantgroup.com).

Feel like some urban hiking? Then head downtown to the vibrant and colourful Yonge & Dundas intersection and the CF Toronto Eaton Centre, Toronto’s most popular tourist attraction and North America’s busiest mall according to a study by the Retail Council of Canada in 2017. One of my favourite spots to stroll around, the mall provides a sanctuary from the searing heat of summer and brain-freezing temperatures of winter with many food and drink options to make a day of it! Bookended by Saks Fifth Avenue in the south and Nordstrom in the North, demanding shoppers won’t be disappointed.

As North American cities go, Toronto is hard to beat. The mix of cultures, activities and accessibility provide a stimulating environment for all tastes, the old rubbing shoulders with the new and haute couture happily coexisting with hipster edginess. We can experience Greek tradition with The Taste of The Danforth every summer and celebrate the Chinese New year in winter. A big exhibition destination, we look forward to The Canadian National Exhibition for 2 weeks in August and The Royal Winter Fair at the end of November. Toronto winters can be undeniably harsh with summer temperatures in the 100s but don’t let this deter you. The city has adapted to both extremes and with a stunningly beautiful fall beloved by leaf peepers, anytime is the right time to visit. See you soon. 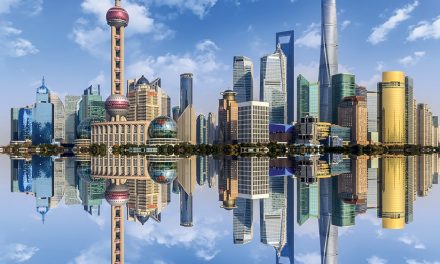 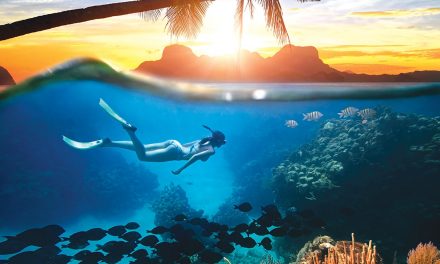 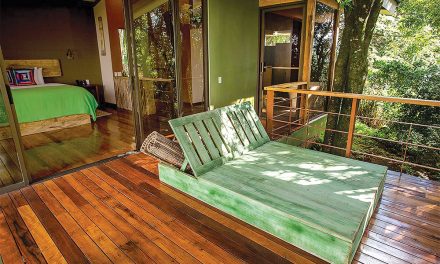 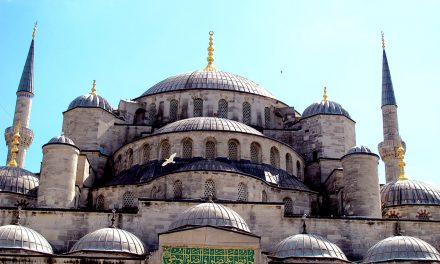