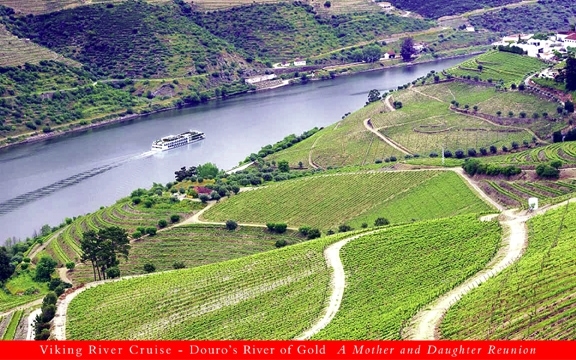 I planned to take my mother on a European river cruise for her 80th birthday last fall and I also wanted some alone time with her just to reconnect as we live in different cities. After perusing the many interesting European itineraries Viking Cruises has to offer, I settled on their Portugal River of Gold. Though this cruise focuses on Portugal’s port and wine region along the Douro river, I didn’t choose it for that reason- neither of us are really big wine enthusiasts – I really chose it for the weather.

My mother and I both abhor being cold, and many European cities start getting very chilly in the fall. A Portugal cruise guaranteed great hot weather and it didn’t disappoint, in fact they even had record-breaking temps when we arrived. And I also chose the Viking Torgil ship as it was one of the few with a pool on the deck. We were also excited about the add-on extra days in Lisbon included, I’d heard plenty about what a fun, cosmopolitan and charming city it had become. And they were right, it was!

As part of the add-on they promise a five-star stay and the one they chose for us this trip was the Tivoli Hotel. And we were so glad that they did!

The Tivoli Lisboa is an ideal choice for both its location and its pedigree. It’s the prestigious flagship hotel of the Tivoli group founded in 1933 and now with 12 world-class hotels throughout Portugal and Spain. It’s located on the legendary Av. da Liberdade and surrounded by upscale stores like Cartier, Gucci and Louis Vutton. But though it was nice to be ensconced in such a highbrow neighborhood, we were on a mission to find a lowbrow hat for my mom to wear this trip. We were also eager to explore the main tourist district of Lisbon, so we were happy to discover that the hotel was also in easy walking distance to local districts like Bairro Alto and Chiado. Our quest for the ideal “chapeu” brought us through all kinds of quaint little shops and past the famous square with its iconic sculptures and statues and right down to restaurant row where we stopped for cold local beer and authentic eats. But the best find (besides the hat,) was the gorgeous church São Roque right downtown. It’s open to the public and overflowing with incredible art and ancient architecture. What made it even better was the haunting sound of monks’ chants wafting out from behind an old wooden door- that really set the stage.

Back at the hotel we found our room was inviting and we really enjoyed the outdoor pool garden and dining in their cheery bistro. But the piece de resistance there is by far the Skybar on the roof! It’s a multi-level alfresco lounge with a stunning view of the city below, right down to the sea. It’s a must visit when in Lisbon even if you don’t stay at the hotel.

Though we both agreed that Lisbon is a city that deserves a return visit, we were anxious to embark on our river adventure, and set out by Viking motorcoach the next day to the city of Porto where our ship was docked. We found the trip a little long, though there are a few interesting stops along the way, we were anxious to get on board. Porto is also an interesting city; full of great bridges and cathedrals, and colorful 16th and 17th century buildings huddled on cliffs over the water. Very picturesque.
Once settled in onboard they offer a pre-cruise treat in the form of a night run under the bridges and back with all the twinkling lights of the city above. It was spectacular. Though many European river cruises travel at night, you cannot on the Douro River by law. So beyond this short run, on this itinerary all sailing is during the day.

Beyond the wine and porto history and options to visit the wineries, learn the process and sample the wares, there are other excursions that cover some of Portugal’s other claims to fame. Like tile making. The Portuguese are famous for their ceramic tiles. And making cork! This is the country that actually invented cork and is responsible for our ideal wine bottle stoppers. And of course, there are scads of cathedrals, monasteries, museums and palaces to visit along the way.

One of our favorites outings was an enchanting dinner at the 11th-century Alpendurada Monastery which is now also a hotel. The food in the grand old ballroom was fabulous and our servers were dressed as monks. We were also treated to an inspiring concert of Fado music- Portugal’s famous folk tradition. It’s a very emotional style of song, and you need not speak the language to recognize the mournful longings in its lyrics.

On this river journey, you’ll also have the unique opportunity to pass through the locks of five great dams – one of them the highest dam in the world. It’s pretty cool being a passenger on board through the process. You also stop at little towns along the way-Pinhão , Régua and Barca d’Alva, all easy to explore on your own by foot. There is also a bus trip across the border to Salamanca, Spain.

In retrospect, maybe we should have opted for more excursions, as the towns along this route do not have a lot to offer, and after an hour or two of explorations you are pretty much done. But we were coveting our precious one-on-one time together and really enjoying the laid back mode of travel- lounging on the top deck watching the scenic hills and estates and endless rows of grapevines along the lazy Douro river … so we remained onboard a lot. It was such a welcome change to our hectic pace back home.

Our room was pleasant, small but with a little balcony and table and you will spend most time on the two decks anyway. Don’t expect a lot of nightlife; everyone’s pretty much in bed by 10pm, as many of the excursions begin early. (Though their lively piano player singer did his best to keep the party going!) And all dining takes place in the communal dining room- breakfast buffets- lunch buffet and a la carte offerings and the more formal dinners. Dress is always casual or casual chic at night, and the food throughout was good. The staff was very professional and competent, and we especially liked the creative cocktails offered up by their excellent mixologists. In all, we really enjoyed the way Viking does things. From pre-planning, air travel, transfers and city-to-city coordination… all went off without a hitch. I would highly recommend this trip for a very relaxing journey where you can sample lots of Europe’s interior charms without having to keep packing and unpacking. 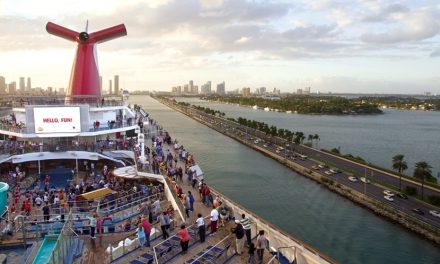 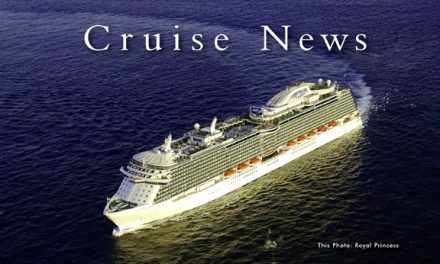 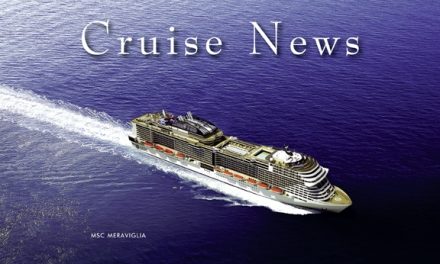 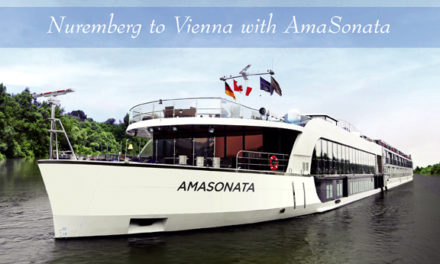