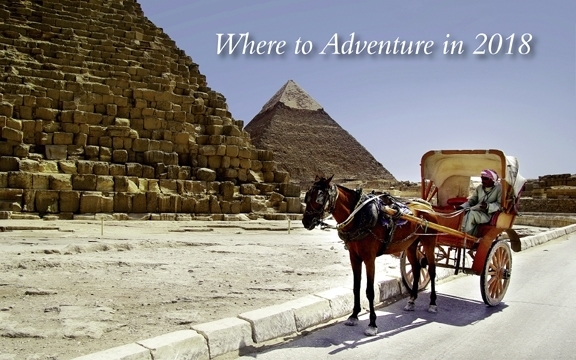 From destinations on the rebound, to places where events and investments are making it more exciting or accessible to visit, the adventure pros at G Adventures have been combing through their list of trip destinations to forecast the hot spots and new spots for adventure in 2018. The result is a mix of destinations that blend some of the tourism industry’s perennial favourites, with up-and-coming contenders for the all-valuable tourist dollar.

“We looked at factors such as trending sales data, operational improvements, new flight routes, social buzz and upcoming events around the globe to develop this look-ahead for adventure seekers in 2018,” says G Adventures Canadian Marketing Director Aizaz Sheikh. “Some of it is gut instinct. Adventure, after all, is about putting yourself out there.”

The small-group tour operator founded by social entrepreneur Bruce Poon Tip in 1990 offers more than 700 ethical, immersive, comfort-zone busting itineraries in 100+ countries on all seven continents with a focus on transformational travel and local good. G Adventures’ ten top destinations for the Canadian adventure traveller in 2018 are as follows:

1. EGYPT – 2018 is poised to be an exciting year for Egypt as its new Grand Egyptian Museum prepares to open in late 2018 as the world’s largest archaeological museum. The attraction will host treasures from King ‘Tut’s unearthed tomb and is expected to be a significant lure that should contribute to Egypt’s tourism comeback. Its tourism revenues jumped by 170 per cent in the first half of 2017 to $3.5 billion, while G Adventures’ bookings to the country also grew some 24 per cent. See it before the crowds return on one of the company’s 2018 tours.

2. PORTUGAL – The west European nation had a record-breaking year in 2017 as travellers sought destinations with fewer crowds, good food and travel security, and Portugal has emerged from Spain’s neighbouring shadow. Tourism from North American travellers is growing fast and showing no signs of slowing. To welcome this increase in demand, G Adventures has added a new seven-day itinerary for 2018, dedicated to the sights, sounds and tastes of Portugal.

3. SRI LANKA – The ‘pearl of the Indian Ocean’ is also having its moment in the sun. Sri Lanka aims to double the number of tourists to five million by 2020 as part of its development strategy and efforts are paying off: earnings from tourism increased to $2.1 million dollars during the first half of 2017. G Adventures is driving some of that increased interest, with a tripling of global demand for trips booked to Sri Lanka in the past year. Its new seven-day ‘Sri Lanka Sailing’ embarks in February, making it a novel and exotic winter escape that can also be combined with a land-based itinerary to create a 14-day Sri Lanka Land and Sea.

4. COLOMBIA – A high-profile, 12-year peace treaty, a Nobel Peace Prize for its President, and national investments in marketing the country overseas have all combined to boost the Pacific-Caribbean country’s reputation as a great place to vacation. Meantime the Colombian government more than doubled the area officially designated as protected since 2010 to encourage adventure travel and ecotourism. G Adventures’ bookings to Colombia soared 232 per cent during the past two years, and early-2018 will see the company launch a new exit trek on the still relatively unknown Lost City trail with the indigenous Wiwa people.

5. KYRGYZSTAN – Between investments from the U.S. Agency for International Development (USAID) to help travellers Discover Kyrgyzstan, and a concerted push from the Adventure Travel Trade Association (ATTA), the Central Asian country known for its warm, welcoming people, yurt life and spectacular mountainscapes is finally coming into the spotlight. 2018 will see Kyrgyzstan host 40 nations in the biennial World Nomad Games to compete in eagle hunting, stick wrestling, and horseback battles — events that locals say Genghis Kahn would have enjoyed. See modern nomadic culture on full display through a nine-day tour or 14-day tour with G Adventures.

6. MOROCCO – Foreign tourist arrivals to the North African country rose more than 13 per cent during the first eight months of 2017 vs. the same period in 2016, bringing eight million visitors from around the globe, helping Morocco’s GDP climb an impressive five percent. G Adventures offers 10 different itineraries to Morocco, including Active tours, National Geographic Journeys tours, and budget-minded trips for 18-to-Thirtysomethings. They range from 8 – 15 days in length.

7. HAWAII – The Hawaii Tourism Authority is granting $3.5m to local community tourism and conservation groups in 2018 to promote the Pacific Island state’s cultural and natural heritage and set the islands up as leaders in sustainable tourism. Visitor spending here is well on the rise too, thanks to Hawaii’s top customer markets: Canada, US and Japan. In the first half of 2017 travellers spent a whopping $8.4 billion in the Hawaiian Islands, up nearly nine per cent vs. 2016. For its part, G Adventures will offer travellers the opportunity to explore Hawaii’s Big Island, Maui, Oahu and Kauai on new trips that are ideal for people looking for more adventurous, cultural experiences beyond big bus tours and resorts. Its three new itineraries range from eight – 15 days.

8. SOUTH AFRICA – The southern tip of the African continent is fast becoming a destination darling for adventurous and upscale Canadian travellers alike, thanks in part to South Africa Tourism’s campaign to attract five million additional visitors in the next five years. The country will celebrate the centenary year of Nelson Mandela’s 1918 birth. G Adventures has increased its itineraries and departures for 2018 to keep pace with growing demand. See the country that Lonely Planet also calls one of top 10 countries to visit in 2018 on one of 33 different tours ranging from seven – 30 days in length, including the new 21-day Great Southern Africa Safari.

9. BOLIVIA – With its new $150 million, 119-mile Tupiza-Atocha-Uyuni highway set to open in mid-2018 and connect the Eastern and Western ranges of the Bolivian Andes, travel to and from the country’s famed salt flats will become more accessible. The South American country has also been earning some high-profile headlines in recent months, thanks in part to the new Daniel Radcliffe film Jungle, based in Bolivia and adapted from a real-life memoir by Israeli adventurer Yossi Ghinsberg. G Adventures and its Planeterra Foundation partners are bringing their social enterprise model to an 11-day Bolivia Discovery tour in the country, with guest stays at the Jukil Community salt lodge in Santiago de Agencha and local living experiences to learn about indigenous culture and traditional quinoa production.

10. OMAN – Rounding out its top 10 destinations for adventure in 2018 is the ‘Switzerland’ of the Middle East. Oman announced plans to extend tourist visas for up to one month vs. three weeks for 2018 and its government is working to support more women entrepreneurs in tourism. G Adventures added Oman to its lineup for 2018, after seeing an increase in demand for trips to the Middle East in recent years, and 36 per cent growth in bookings to the region between 2016-2017. Its new Highlights of Oman tour runs eight days with departures starting in September.

A final ‘honourable mention’ from the small-group tour operator is for The Baltic States of Estonia, Latvia and Lithuania, which are preparing to celebrate the 100th anniversary of independence from Bolshevik Russian rule. G Adventures has seen an 84 per cent rise in travellers to the countries, which are historically rich and still very affordable to travel around. For those looking for a less-crowded European alternative, the Baltics are a strong choice. A 13-day Baltic Adventure that starts in Vilnius and ends in Helsinki has departures from May through September. 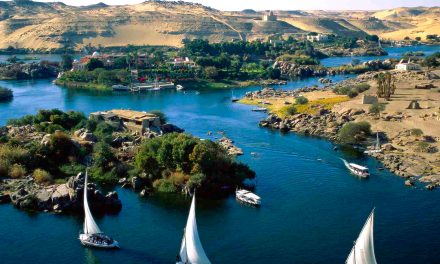 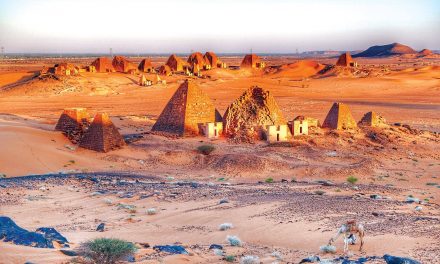 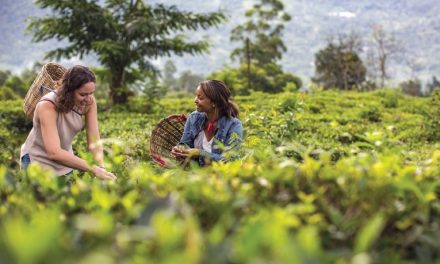 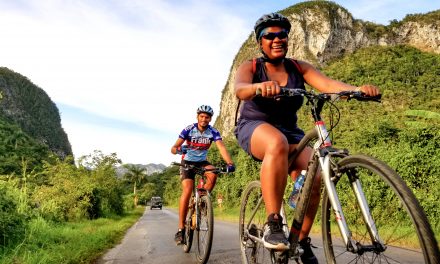 Cycling Tours, Once for the Extreme Cyclist, Appeal to Mainstream Market