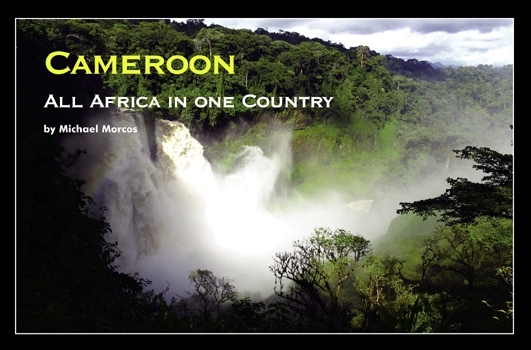 Cameroon
All Africa in one Country
by Michael Morcos

With its elongated triangle shape, just north of the equator Cameroon juts into Western Africa’s sharp curve like a piece of jigsaw, hiding amongst its six bordering countries and salvaging a little chunk of the Atlantic Ocean. These geographical statistics have sometimes proven a thorn in the side to Cameroon’s tourism industry. The noisy neighbours have had a tendency to be, well, quite noisy over the years, putting a damper on the region as a whole and forcing Cameroonians and officials to be a little skeptical towards foreign visitors. Those measures have changed over recent years, and the government has made it clear that tourism can prove a vital boost to the country’s wellbeing. Long gone are the days of intense security checks at airports and borders, and visitors are now free to travel Cameroon at will, exploring one of Africa’s most culturally and geographically diverse landscapes, before rounding off the day with a cold and refreshing Cameroon 33 beer.

Predominantly French speaking with several English language regions, Cameroon is one of Africa’s most stable countries on both a social and political scale, and is proving itself to be one of the continent’s most rewarding travel experiences.

I started my West African adventure in Cameroon’s largest city, and the country’s unofficial economic centre of Douala. The city houses the regions busiest airport and proves a pleasant surprise to first timers who are jetting into Cameroon, offering modern facilities and infrastructure around the vibrant and bustling city.

Before I had a chance to explore the city, I rested up before taking a trip to one of Cameroon’s most spectacular settings; the Chutes d’Ekom Nkam (Ekom Falls). The drive towards the falls – the setting for the 1984 movie Greystoke – The Legend of Tarzan starring Christopher Lambert – is magnificent in its own right, as we encountered steep roads which time and time again revealed wonderful views of the surrounding hilly rainforests. Upon arrival I was greeted by the friendly village chief and an awe-inspiring view of the falls where one can take some memorable photos and spend a while taking in the surrounding vistas. Having visited some of the most spectacular waterfalls on the planet, Ekom Falls surprised me for its sheer size and the volume of water which tumbles down irrepressibly. There is then a walkway which allows you to hike down and get closer to the falls, along with some improvised but well-functioning hiking trails around the rain forests.

Back in the city, I spent the day exploring freely and felt extremely welcome by the locals who, despite their hard working lifestyle, are always available for a quick chat – primarily in French – should some advice on local street food or directions be needed. Whilst on that subject, Cassava – which is the traditional Cameroonian food sold almost everywhere on the streets – looked too good to turn down and I then found myself with daily lunch time cravings after the first taste. One of the biggest sources of carbohydrates in the developing world, Cassava is a fleshy root and is known in the region for its tolerance to droughts and ability to grow with little soil. With a sweet taste, the woody shrub forms an essential accompaniment to a typical meal in Western Africa.

An afternoon walk around the Cameroon Artisanal Market should not be missed, where you can find authentic hand-made crafts and a plethora of tasty street food which sizzles through air as the locals barter over produce and gifts. A little closer to the centre, Le Palais des Rois Bell (The Palace of the Kings Bell) is a palace constructed by the Germans in 1905 for the then king Auguste Manga Ndumbe, also known as King Bell. With its Pagoda style design and Asian influence, the palace has very few rooms but does house numerous court yards and a loft on the top floor which once offered the best view of the city.

A day or two is more than sufficient to explore the highlights of Cameroon’s largest metropolis, with a few more thrown in for those who wish to sample further both the cuisine and the hospitality of the local people.

Life certainly can be a beach in the sleepy coastal town and beach resort of Kribi, which lies just 150km south of Douala. The beaches here are pristine, clean and not jammed with the hordes of holidaymakers normally associated with a beach of this quality. I spent a morning here in complete tranquility, Cameroon 33 in hand, whilst relaxing to the sounds of the crashing waves. After a sleepy morning I headed to the nearby Chutes de la Lobé (Lobe Falls), the world’s only spot where you can find a waterfall that enters the Atlantic Ocean through a water cascade. Upon arrival, a late ‘Breakfast of Champions’ was the order of the day, featuring beer and shrimp in a spicy sauce whilst enjoying the sensational seaside views of the cascades before exploring the nearby Grand Batanga Museum to view some of the interesting artifacts on display.

We finished the day off with a late afternoon visit to the Camp of the Pygmies, where we were treated to a wonderful lunch and an afternoon of traditional dances and ceremonies from the local people.
We were back in Kribi for sunset where we enjoyed a wonderful meal featuring typical Cameroonian fare of Captain Fish accompanied by French bread, maize and yam.

Shadow of the Great

Lying amongst the looming Mount Cameroon, I arrived at the tea growing town of Buea, which is the capital of the Southwest Region of Cameroon. Home to several universities and a selection of German colonial buildings, Buea offers tours to the Cameroon Tea Estate (CTE), while further towards the coast in the nearby town of Limbe one can visit the Limbe Wildlife Centre, which is a rescue and rehabilitation centre for animals that face extinction and/or are victims of the bush meat trade, as well as the beautiful Limbe Botanical Gardens where we were treated to traditional African music and dance whilst enjoying a fantastic five star meal.

For those looking to sample some of the history of the region, head further along the coast to Bimbia where you can find the Bimbia Slave Port. Here, locals act out the gone-by days of slavery in a moving yet still entertaining show.

Whilst the capital doesn’t enjoy the African grandeur of its coastal rival Douala, the Cameroonian capital of Yaoundé is an arguably cleaner and more organized version. Close to the Centre Atisanal de Yaoundé, one can pick up handicrafts before taking in some of the various styled government buildings erected in the 70’s that are still around today. Whilst capital cities in this part of the world are making the news for all the wrong reasons, Yaoundé simply stays out of the news due to the tranquility of the city, something rare for a capital city in any part of the world. The main attractions do however lie on the outskirts of the city. Just 30km north, head to Melfou National Park, which rehabilitates and socializes abandoned and orphaned pet animals. The tours which are in both English and French are informative and give visitors an opportunity to get close up to gorillas, chimpanzees and mandrills.

The perfect way to end my Cameroon adventure was out in the open air. Close to Yaoundé, we headed to Ebogo where we were given the opportunity to canoe in some of the regions clearest lakes whilst a handful of local children splashed about for a post school swim – an amazing site which summed up my West African journey in a matter of seconds. 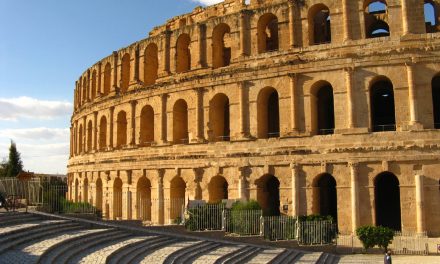 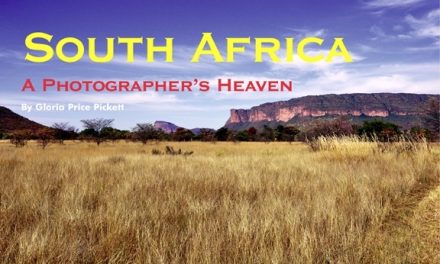 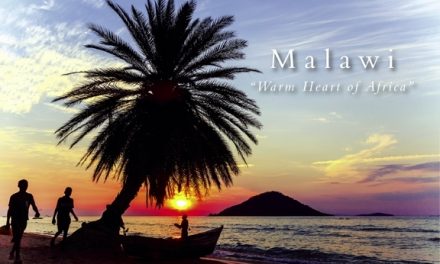 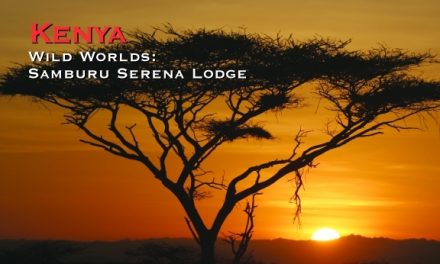