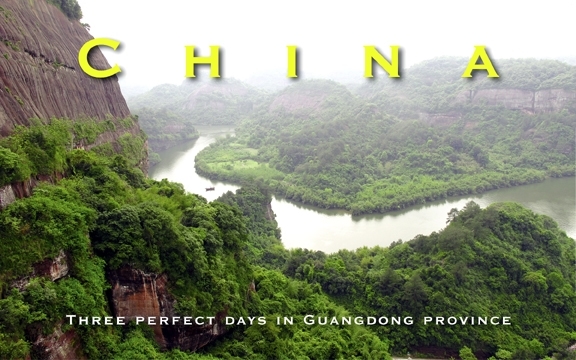 The trip started with flying into the biggest city in Guangdong province – the sprawling port city of Guangzhou northwest of Hong Kong on the Pearl River. The trip ahead would have us lost in an exotic world of flavours and smells that overwhelm the senses!

The city is a mix of housing styles from grand mansions to skyscrapers, with teeming boulevards and markets with wares ranging from eyeglasses to electronics. There is also a thriving food scene, as the city is considered the birthplace of dim sum,

Our first day started with a visit to the Canton Tower, which briefly held the title of tallest tower in the world, replacing Canada’s own CN Tower, and then was replaced itself by the Tokyo Skytree. It is now the third tallest tower and the fifth-tallest freestanding structure in the world. Even so, it holds the records for the highest revolving restaurant, the highest open-air viewing platform and the highest horizontal Ferris wheel on the edge of the platform to offers tourists a dream-like, bird’s eye view of Guangzhou City from the comfort of 16 transparent cars seating 4-6 people in each.

Next up was the surprisingly lovely Huacheng (Flower ) Square. This an ideal location to spend a few hours reading, walking around the peaceful grounds or enjoying the view of the city from afar. It is a good place for jogging too, and the surrounding landmarks and commercial buildings make it more outstanding blending with the outstanding flora and fauna. This is also the venue where Guangzhou International Lighting Festival is hosted. A good place for a family outing and photography.

Our day continued with a history lesson at the magnificent Sun Yat-sen Memorial Hall, a gorgeous octagonal structure, with strong Chinese features. It was designed by Mr. Lu Yanzhi, a legendary architect of the country and was built in 1931. This key historical relic is protected by Guangdong Province and is a memorial built with funds raised by local and overseas Chinese people in memory of Sun Yat-sen, the great revolutionary. It is considered a symbol of Guangzhou, and a key venue for many of the city’s large-scale meetings and performances as well.

Guangzhou contains a wealth of shopping centers and malls in which you can find almost everything you could imagine, and what’s more, Guangzhou has a lot of wholesale markets with products ranging from shoes to toys and IT products. Truly a shopper’s paradise in China, with the popular “Shopping Circles” as they are called, filled with every conceivable consumer need. The Canton Fair Pazhou Complex blew my mind and is perhaps the most professional shopping centre I’ve ever seen. Both bulk purchase and retail are available here.

As evening fell, we were treated to a wonderful Pearl River night time cruise. The river is named after a stone island resembling a huge pearl, polished by the constantly-flowing water. Compared with the daytime cruise on the river, the night cruise is even more fascinating as the sparkling lights of the city reflect off the water and is a must for visitors to Guangzhou. The cruise starts from the White Goose Pool and ends at the Guangzhou Bridge in the east and Baihedong (White Crane Cave) in the south. This section offers visitors views of the ‘Night Moon over the Goose Pool’ and the ‘Red Heart of the Pearl River’, captivating visitors of this two-hour evening cruise. Historical sites and unique architecture are scattered along the river, including ancient architectures from various countries and ten unique bridges

Day 2 in Guangzhou was dedicated to a day-long exploration of Mount Danxia, listed as a world natural heritage site. Narrow paths surrounded by unique stone formations await the intrepid explorer who wishes to experience what the road signs call the “Grand Canyon of Guangdong”. Though a little bit of a stretch, it was still an interesting visit.

A fair bit of hiking is involved to be able to see more than 680 various stone peaks, stone fortresses, walls, pillars and stone bridges, such as the Yang Yuan Stone, yin Yuan Stone, Breasts stone, Sleeping Beauty and others making it resemble a garden of red sandstone sculptures.

The ancient Danxia Phoenix Trees that are native to this area are rare, but of the ten varieties, four of them are extremely rare. One has been named the ‘Dharma Orchid’, discovered in 1987, and only two of them have ever been known to exist. When they flower, the sweet scent of the orchid tree lingers in the mountain and visitors swarm to catch a whiff. Other trees have been dated at over three centuries!

Further on, we enjoyed a walking tour of the surrounding area visiting locals selling food and trinkets, followed by a lovely boat ride on the JinJiang river with the Danxia mountains all around us. My favorite part of the day was the cable car to the top, with amazing scenery and rock formations to watch. The Danxia Mountain has many other wonderful scenic spots, including Zhanglao Peak, Yangyuan Hill, Xianglong Lake and at the foot of Zhanglao Peak, there is a grotto temple that was built during the Northern Song Dynasty (960-1127) and the Xianglong Lake (Flying Dragon Lake) sits to the south of Zhanglao Peak, named so because the lake resembles a flying dragon. The mostly relaxing downhill walk on the way back in the beautiful mountain scenery was great, though at the end were very steep steps

In 2007, UNESCO named Kaiping Diaolou and Villages as a World Heritage Site writing “…the Diaolou … display a complex and flamboyant fusion of Chinese and Western structural and decorative forms…”, and we spent the whole day exploring its fortified multi-storey towers made of reinforced concrete. Approximately 1,833 of these towers are located, mainly in Kaiping County. Although the diaolou served mainly as protection against forays by bandits, a few of them also served as living quarters. From the tops you can see that the area is surrounded by rice fields.

This unique garden is a perfect combination of the modernist western architectural style of the period and the traditional landscaping of China. Walking among the plants, the wide and deep canals string together the architectural features of the garden including winding corridors, fine bridges and exquisite pavilions.

Within, you can find Villa Zone, which contains six villas and an ancient watchtower, including the magnificent Panwenlou and the Panlilou villas. Richly adorned with western fireplaces and artistic ancient lamps, the rooms are elegant and elaborate.

Guangdong province was a real treat, full of history, culture, gastronomy and many wonderful surprises and a little of everything for everyone! 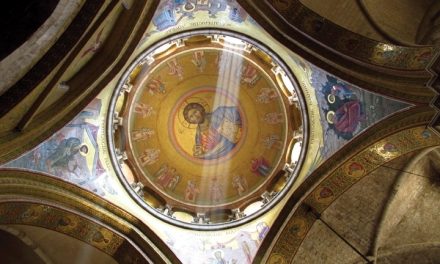 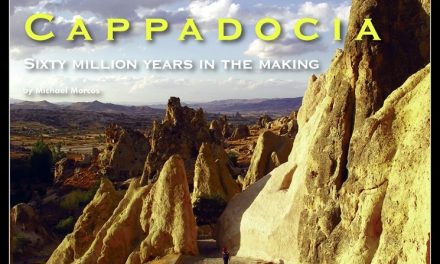 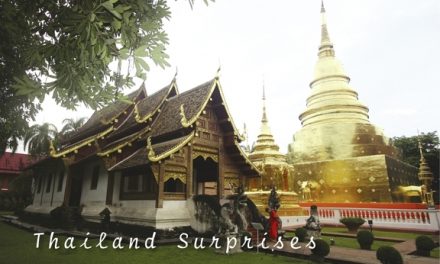 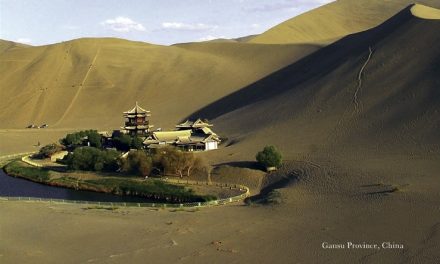