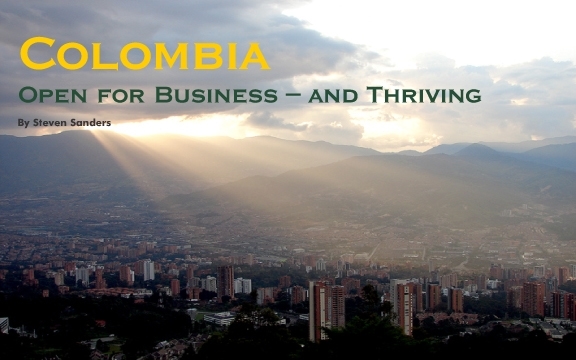 Open for Business – and Thriving

rous travelers have been discovering crowd free gems all over the world from the beaches of Thailand to the people of Laos, whilst always trying to make the most of these new found paradises before the word spreads. For Colombia, the secret is out. Tourism to this emerging South American country has grown by more than 300% since 2002, and within my first 24 hours I could see why.

The People of Colombia

The standout out fact for many people when reflecting on their Colombian experience is the people. Fast becoming renowned as some of the friendliest people on earth, the vast majority of Colombians live their lives with a smile, and are extremely generous towards foreign visitors. Colombia is a paradise for many visitors, but to the Colombian people their country has always been this way, below the surface at least. They are extremely proud of what their country can offer, and for many years have been keen for the world to see this too. Now is their chance, and Colombia is on a roll.

When descending into the sky high capital city of Bogotá, 2650m above sea level, a thought that crossed my mind was how I would not be feeling this relaxed if this was 10-15 years ago, nor would I be feeling this excited had I not explored other South American countries before. My excitement was real and it was joined along for the ride by the wave of enthusiasm that charges through Bogotá’s high altitude streets and takes you through a city full of young and ambitious people who are just as keen as the older locals to offer tips and advice as well as practice their English.

Construction is booming and glass fronted buildings jostle for attention with the colonial architecture of the past, while at ground level businessmen in designer suits have a morning gossip with cheery fruit vendors who may or may not have been forced to bring their kids along for the day. Everything collides in Bogotá, yet nobody is complaining.

A good point to start is Plaza de Bolivar, the city’s original centre point. From here you can easily access the Museo Nacional and the Museo Histórico Policia – the latter offering intriguing stories on Pablo Escobar’s downfall in the early nineties. It is then advisable to grab a bite at the much recommended La Puerta Falsa, an early 19th century café which offers local meals and snacks at low prices. To take in the city’s best vista, a trip up to Cerro de Monserrate on the cable car known as the teleférico – or via an hour long hike – will elevate you to over 3000m for a sensational view of the city. Away from the hustle and bustle, the northern barrios offer an upper class way of life and can it be interesting to witness the development, wealth of shopping malls, gated communities and green spaces.

Medellín is a city revelling in Colombia’s new found popularity, and the past is just that. Thinking of visiting Pablo Escobar’s mansion? Forget it. The Colombian people have moved on and long destroyed his home along with as many remnants as possible before building a theme park on the land. The Medellín of today is a safe and booming metropolis, surrounded by the stunning northern Andes Mountains which are constantly keen to show their beauty between the city’s growing skyline. The location close to some of the country’s main coffee plantations also offers you the chance to try Colombia’s finest fresh coffee straight from the press.

While the hospitality of the Colombian people is becoming common knowledge, within the country many will point you to Medellín, and it is once again the people that will dominate the memories of your Medellín experience.

A handful of Medellín’s touristic attractions are scattered around Parque Berrio metro stop in the centre of the city, and it’s a good choice to try and find lodgings in this area due to the public squares and green space that accompanies the Palacio de la Cultura, the ‘La Gorda’ sculpture, the Museo de Antioquia, and the city’s oldest church, Ermita de Veracruz. I fancied giving the metro a miss, and took my map and headed half an hour north on foot to the wonderful Botanical Gardens.

To take in Medellín’s nightlife I headed to Zona Rosa, an area full of nightlife options and populated by the city’s well-heeled and well to do – with a smattering of excited tourists normally still in awe at Colombian living – before spending a morning sunrise taking the advice of a local and renting a bicycle to explore the nearby hills and to take in some coveted views of spectacular Medellín.

They say Colombia doesn’t do seasons. And after Bogotá’s year round nippiness to Medellín’s eternal spring, a little closer to sea level is Santiago de Cali, known as Cali, offering the tropics all year.

Cali’s ego is big and boasts to be the best at many things. Known as the sports capital of Colombia, Cali is home to two of the country’s biggest football teams, Deportivo de Cali and América de Cali, along with basketball and bullfighting. Cali also claims to produce the most beautiful women in the world, and when combining this with an extraordinary nightlife that is renowned through the continent, memories in Cali should be vivid and full of life.

The best time to visit Cali is the last week of December for the Feria de Cali, where Cali’s famous party scene takes over the streets for festivals and parades, while the Zoológico de Cali is one of the nation’s best.

Up north, Colombia sizzles. There isn’t a dim street to be found in the city of Cartagena, as music pounds, the women dance, and the rum flows as Colombia’s Caribbean culture shimmies to an aesthetic backdrop of clashing colors and bougainvillea amongst the narrow streets and huge balconies so typical of this remarkable city. Cartagena – a UNESCO world heritage site – is one of the few cities where I have arrived with a plan, and then completely scrapped it. Here you can wonder the streets for hours, days on end and remain occupied and enthused by the local life, churches seemingly too big for the city, al fresco lunches and cocktail infused evenings on one of the many patios.

The city also has a great history, and a visit to the famously walled old town should be number one on any visitors list, in particular those with an eye for architecture, and one of the city’s finest buildings, the Palacio de la Inquisición, is situated here. A trip to the Castillo de San Felipe de Barajas – regarded as the most impregnable fortress ever built by the Spanish – makes for a wonderful afternoon learning about the Cartagena’s history.

Staying on Colombia’s Caribbean coast, I headed to Barranquila, home of Colombia’s biggest carnival which takes places late February or Early March, and is awash with extravagant dance, bright costumes and the beat of cumbia. After a week of non-stop carnival activities, I was able to explore the city at a more relaxed pace, lounging around Plaza San Nicolas and exploring the Museo del Caribe. One should also certainly make the most of the nearby diving opportunities.

Colombia’s diversity is remarkable and many of the cities are without seasons, meaning suitcases should be prepared for all weather situations. Bogotá’s high altitude guarantees chilly nights and almost daily rain. Layers are recommended as things can quickly heat up on a clear day. Medellín is by far the most pleasant city and you will likely only need to unpack one set of light evening essentials along with your typical summer clothes. Cali and the Caribbean cost offer year round sunshine with average highs of 28-33°C.

A pressing matter for many would-be visitors to Colombia still lingers: Is it safe? While the image of Colombia throughout the 90’s didn’t exactly whet the appetite for the masses, Colombia’s huge increase in tourism over the last decade – above the world average – is a testament to the strides made over the past decade.

Like any major city, care should be taken in all locations mentioned and flashing jewelry or expensive cameras – particularly in poorer areas – is ill advised. With common sense, the Colombia of today is arguably one of the most exciting and enjoyable destinations to visit, while the Colombian people are guaranteed to leave a positive and lasting impression on the new wave of visitors to their stunning country. 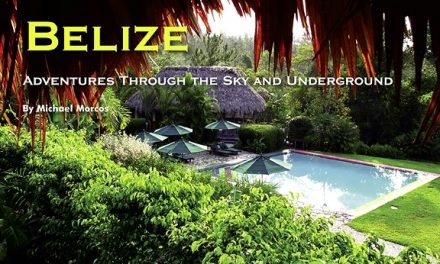 Belize – Adventures Through the Sky and Underground 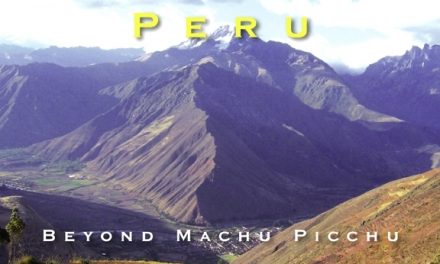 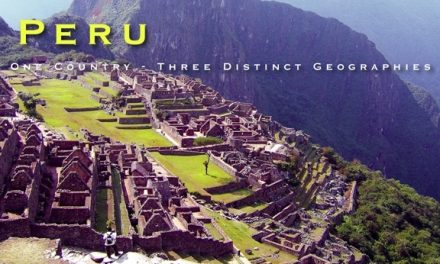 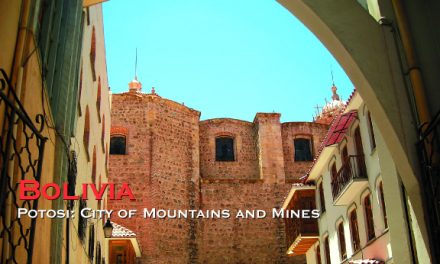