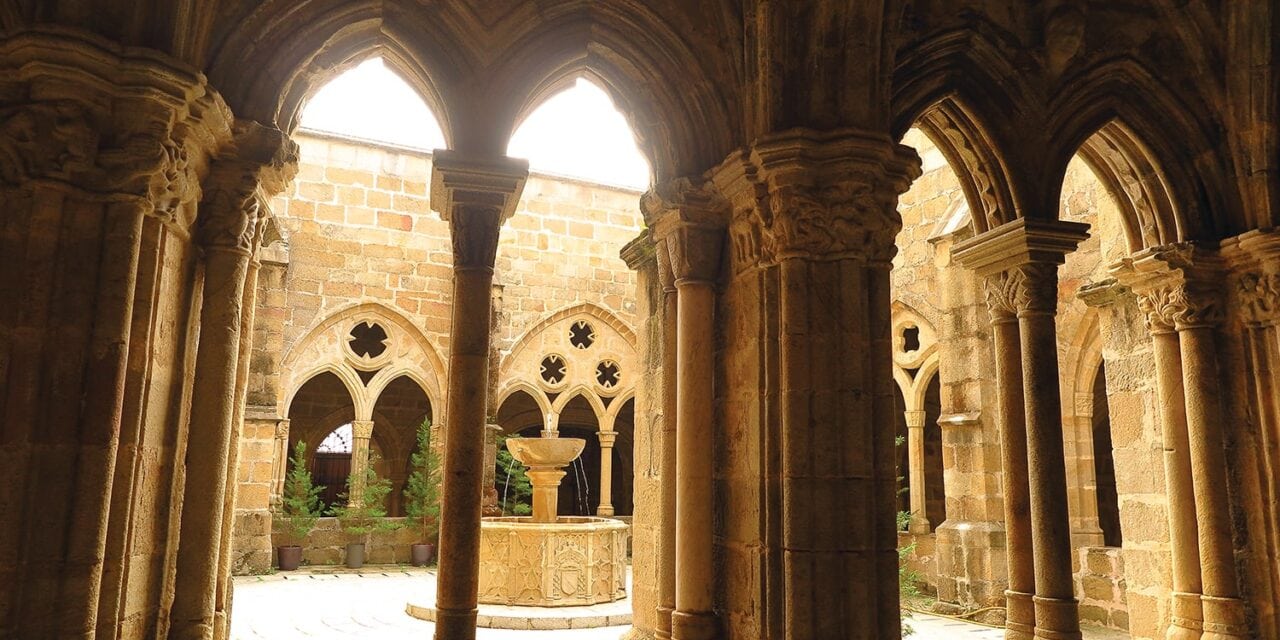 So much Spain but never enough time! So much to see and do from coast to coast that it takes a lifetime to really explore the many regions and local specialties. Having traveled to three corners of this amazing country, it was time to find the best things to see and do in south west region of Spain and travel to extraordinary Extremadura.

Our trip would be bookended by beautiful Madrid. This worldly city never ceases to amaze, even after multiple visits. There are my favourite haunts and always a new area or street to discover. From Madrid we would drive to northern Extremadura on a city and country trip visiting charming little villages, tranquil picturesque countryside and historic towns.

Our first stop would be the village of Robledillo de Gata, population, not sure, it depends on who’s in town but could be anywhere from 50 in the winter to a few hundred on a summer weekend when people flock here for a vacation. This is why this small village has three taverns. The one we visited was old, rustic and perfect for a warm coffee or cold refreshment. The village itself can be crossed in minutes, but takes much longer as it is built upon many hills. Visitors will be enamored by the charming old buildings that have stood the test of time.

November is the time of year Olives ripen and one of the busiest periods for the producers. With much luck and perfect timing, we would visit the As Pontis olive mill. This company acts as the central place for the growers to bring their produce and as a sort of cooperative the As Pontis bottles olives, oil by-products and Olive oil.

After a day of travel and exploring we would welcome the chance to see the whole olive process in front of our eyes. Arriving even late in the night, farmers would bring in a days’ worth of collections and within no time these beauties would be processed and like magic, some of the best olive oil in the world. After a crash course on how to truly taste the difference between different oils I would say without hesitation, this is the best I have ever tasted. It is no wonder As Pontis has won awards to be the best tasting olive oil in Spain and fourth best in the world. I bought four bottles as gifts and with that I had finished my gift list.

This is a new one for me. I finally found out what is in this popular spice. Having used and tasted it for years, the mystery is solved. Simply put, it is ground peppers but that is too easy. We would learn the path of these red fruits form field to packaged cans.

In this region of La Vera, paprika is king and not just that, the most popular here is the smoked paprika. Starting in the fields, it is handpicked and sent to be smoked in a specially built smoke house. Some hours later the dried peppers are bagged and sent for grinding and packaging. This is where we saw the final spice at Las Hermanas factory. It was a joy to meet Miguel, the senior in the family run operation and which is now being overseen by his two daughters and thus the brand name – Las Hermanas (the sisters). Thought I had completed my gift shopping, but I got some more goodies to bring home.

It would be a shame visiting Spain without spending at least one night in one of these iconic hotels. The Paradores de Espana is a government owned and run chain of hotels. Founded in 1928, they were set up so that travelers could have a place to stay just about anywhere along a route through Spain. Most of the buildings have historic significance and are usually in castles and monasteries and all have been kept clean, renovated and include the most modern amenities. On our trip we would stay at no less than three paradores and each one was a gem including: Parador de Jarandilla, Parador de Plasencia and the Parador de Mérida.

A visit to Jarandilla is a lesson in civil architecture, including remarkable buildings such as the house of Don Luis de Quijada and the pillory. There are also some magnificent medieval bridges of Roman design, and it is astounding to think how long they have been around and are in much better condition than some modern roadways.

What more can be said about Extremadura, their love of Paprika and a paprika festival. Yes, its true there really is a festival for this spice. The town of Plasencia is the host and we were the guests to the second annual event and on the first minute of the first day we munched down some large wonderfully juicy paprika sausages right in the middle of the town square. Needless to say, all restaurant menus have paprika dishes and we freely indulged!

I am a true lover of Spanish Ham, but this is a rude way of calling a historic culinary work of art. The proper labeling should be Jamon Iberico. If anything, it sounds more romantic when describing pig parts.

The essence of it all, cured pig legs are common to France, Italy and Spain. All have their curing methods, and all are delicious. The difference is how the Spanish arrive at their mouthwatering version. On this day, it would be another great lesson that shows the process from farm to table. This, by the way, takes nine years from the birth of the piglet to aging and them to market and shows a much greater application to this beautiful meat.

We would start our day at the Extrem Puro Extremadura pig farm in the picturesque region of Dehesa. There we would see the specific sort of pigs used for the Jamon. The pigs are well treated and feed off the land and in the latter months before going to slaughter they consume mostly acorns, which gives a great taste to the meat. From the farm we head to the processing plant, there the carcasses are brought back from an outside sourced slaughterhouse where they are then salted and air dried for months until perfection. The last part of our tour would bring us for a tasting and a carving class where a highly trained cutter slices very thin pieces of the amazing tasting Jamon. Add other cured meats like sausages paired with marvelous local red wine and we are unmistakably having a Spanish experience that can only be had on the spot and it was good!

At first glance I could see why Caceres was voted one of the best two medieval towns in Europe. I could also see why one of the final episodes of ‘Game of Thrones’ had been filmed here. This all stone walled fortress was a gem of our tour. I instantly fell in love with the many well-kept and historic buildings. So amazing was the setting on top of a hill that many concurring armies made this their own and added to its look as far back as the romans and followed by many other civilizations. Now a UNESCO World Heritage City, I could easily walk for hours enjoying the architecture and feeling the many years of energy it holds.

The roman bridge in Jarandilla was just a rehearsal for this its bigger, longer and higher brother. This was such a humongous construction that I was in disbelief that the Romans actually had the abilities to create such an incredible work of engineering. It is the highest standing Roman bridge anywhere and an amazing photo op.

The stunning architectural construction of this building features three apses with a large coat of arms. Opposite a three-story loggia with Renaissance arches, there is an added semicircular auditorium where the classical theatre festival of Alcantara is held here in the summer. The cloister itself is in a Gothic-style with two floors. It was built atop what was a Moorish fortress.

A quiet and charming little city but this was not always so as it was a major hub for the Romans. Here we would visit the archeological Roman site with an amazing and still functional roman theater. As well visit one of the best roman museums outside of Italy, see Roman bridge number three and finally work for our meal as we would take a fun cooking class at the Espezia cooking school preparing local seasonal dishes.

All over the country, the Roman influence can be seen and visited. In Marida, the one-time capital of Lusitania (Spain and Portugal), travelers can find some of the finest Roman ruins in the whole of Spain and possibly the world. A special one for me is the Roman theatre where open air festivals are held, especially in the summer. The Amphitheatre, the Temple of Diana or the Roman Bridge are other amazing and photo-friendly locations. Merida is also now the administrative capital of the region of Extremadura and was awarded the title of World Heritage Site by UNESCO.

Our last moments in Merida were spent eating and drinking at the Espezia kitchen. All good things come to an end I thought. How would I describe this region of Spain in just one word? Would it be just fantastic? Great? Wonderful? Maybe to all these but for all we did, saw and experienced I would best put it as extraordinary Extremadura! It really is! 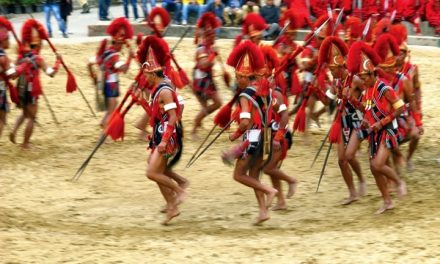 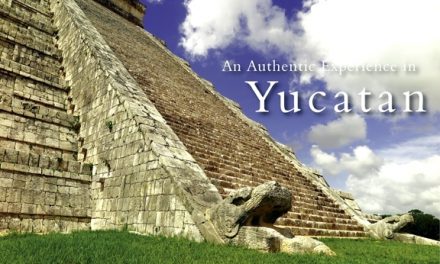 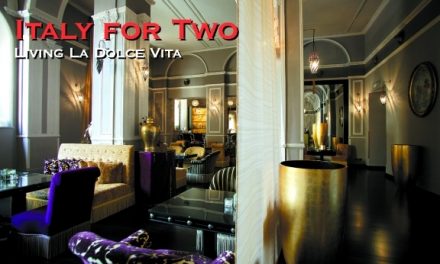 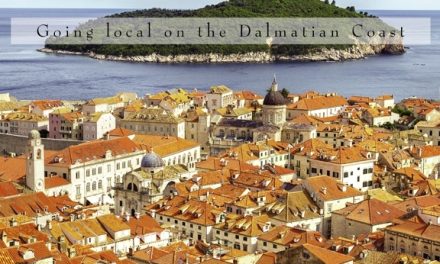